Painter, Illustrator, objetualist and university teacher. Lives in Curitiba/PR where started to study fine arts in 1970. Three years after, she graduated on Painting in EMBAP.

Between 1974 and 1975, a dark period on national political, she studied Engraving an Drawing on MAM-RJ, under the guidance of Eduardo Sued and Aluízio Carvão. This interaction between artists and teachers, added with her previous experiences that were able to provide a bigger growing awareness about social role of an artist on Brazil.

Since then, her personal and artistic growth passes through the social, political and cultural questions. These questions impose itself and she performs propositions with Brazilian native population (installation, on Salão Paranaense) and audiovisual with Rosa Maria G. Branco, the preservation of Paranaguá city.

She studies photography on the MIS with Alceu Cordeiro. She researches the manufacturing of handmade paper, techniques of natural pigments and lithography imprint.

In 1983, she acts as illustrator on “Faces”, book of Dawn Jordan, it disseminates her name in national scope due to the exposition and originals selling parallel with the release of the work.

In 1984/1985, in a collective production, she coordinates “Gari:Street Cleaner”, a super-8 movie and a research, it was transformed on a public exposition, at the Osório square with the bigger illustrations on cardboard which was the opening of the movie.

She was active on brazilian feminist movement during the 80’s. In 1990, she returned herself to the questions relating cultural preservation, so proposed a movement: SOS PARANAGUÁ – an installation with one thousand wood engravings on handmade paper, with details of the colonial architecture, created to motivate the battle by preservation of this city. In the same period, by her own necessity, she was becoming engaged on painting. In 1995 she studied ceramic art at FCC and at Idec-Pr studied computer graphics.

In 1997, in São Paulo/SP, she attended to the course “Graphic Processes / Technological resources” .

After years, she concluded the post-graduation on Art History of 20th century, at EMBAP. In parallel, she acted as a university professor at UTP and started the master’s on “Communication and Language” at the same institution.

Sônia Gutierrez initially uses the graphism not only as a vehicle of expression but also as vehicle of social consciousness, as on duty for the biggest social dramas, as also by her position on the defense of cultural heritage from Paraná. The free trace, light and continuous occupies the space with easiness, such as to write love poems as to criticize the bitter loneliness and social injustices.

In the beginning, the theme is around two great perspectives: the woman and the land, both are identified as life generators, emerging from these the anger which feels about the nature agressions, about the natives questions and about the human exploration by own human being. Many times this is shown essentially on the line; on other it is associated to textures and visual effects from printing to collage, especially envelopes. These envelopes gain value on the work not only by plasticity but also like symbolic, summarising the human being who tries to break the silence from the other – through the silent act of a placed message on fragile and enclosure paper – all the existential angst of communication and anti-communication; It has been working like cloistered. As on the poemgraphy of the woman’s sensual body that transmits the sensation of freedom like the bird’s flying or the key for the claims for social questions (ecology, population growth, feminism) or as the man’s key point, firmly constructed – also defined by contour – it shows the necessity of denunciation.

The principle of imposition and the dramatic condition of human being on third world. Her battle, the reason to be, it is the right to freedom, building a ritual for herself.

From 1990, by inner necessity e by changes on the way to be on the world, she faced, with pleasure and not without the angst inherent to challenge, the painting. In “Paisagens – Bamboos – Ilha do Mel / Landscapes – Bamboos – Ilha do Mel” (1992, she was inspired on japanese / chinese haiku poems and contemporary poets like Alice Ruiz, from bamboos on Ilha do Mel – which she uses as theme – to create her compositions that has as background very simple geometric structures that gain dynamics through poetics and colors.

Sônia Gutierrez can make visual poetry. Her paintings are true haikus that propose a postmodern reading of old “green and yellow”, where East and West meet each other. Developing her research for exhibition Verse & Reverse (1999), the artist discusses space / time and questions about scrap wood from old packing, taking advantage, its reverses.

She uses aluminium and wire, she benefits herself with the wood mobiles; wire and sewed things; enamels; acrylic paint; and collage through the many materials that she proposes abstract-geometric compositions.

In her research to renew forms and material she creates post-Duchampian’s poems.

The Reverse reveals itself, does not hide where come from, what does and how does. It can be noticed the traces about artistic creation, daily traces, traces of nature of matter. It is like if the artist could say: “Look my sincere works”. And this sincerity gives a personality of protest to the work. In this reverse, in this inside out, the layers of trivial material, completed with aesthetic transgression, doesn’t cease to send and question the earlier condition of the disposable material, the excess… on a society which accumulate daily waste, human waste, dreams waste, said Andrea C. Lisboa de Miranda.

In 2001 Sônia Gutierrez exposes at Leonor Botteri da EMBAP Gallery, the Labyrinth installation. This collection which starts, comes rooted on work called Labyrinth. It is worth mentioning, it is anchored in meeting concept, on a ideal sense.

She proposes partnerships, engenders combinatories, establishes chains, forges dialogues, aspires the unusual. So, that everyone embrace, the musicians, the illustrators, the writers, the scientists, the thinkers, the artists or who more comes for the poetry can happen. 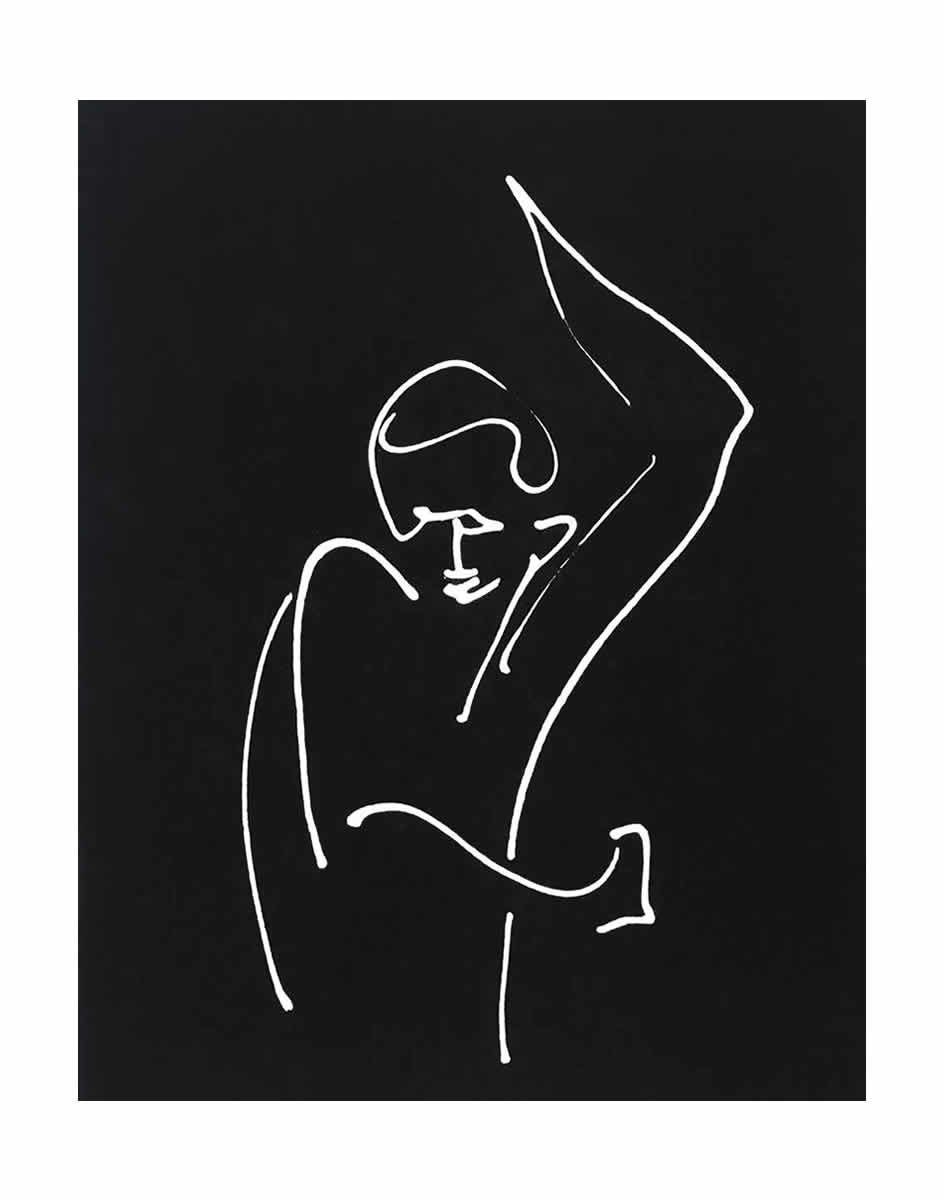 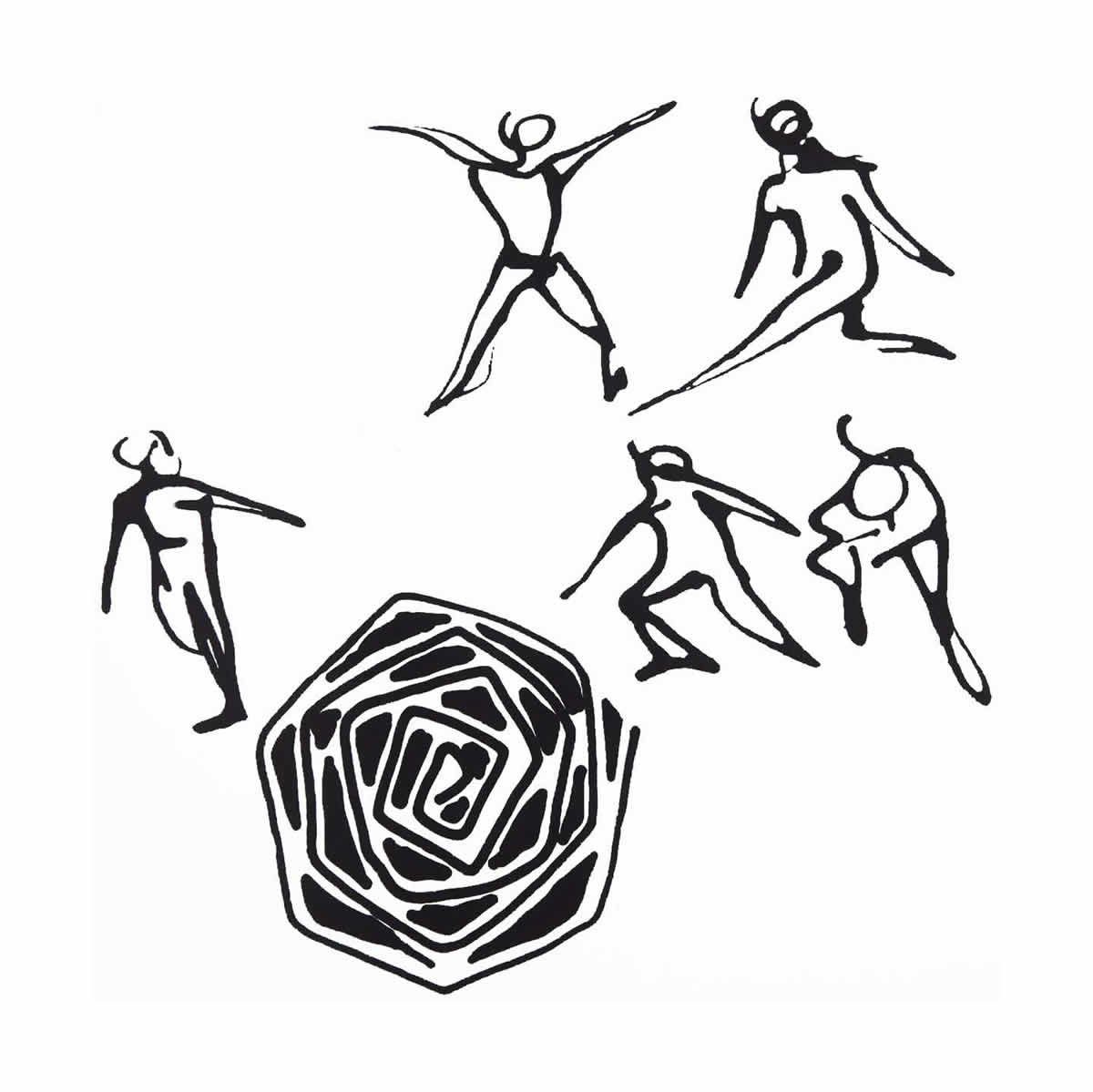 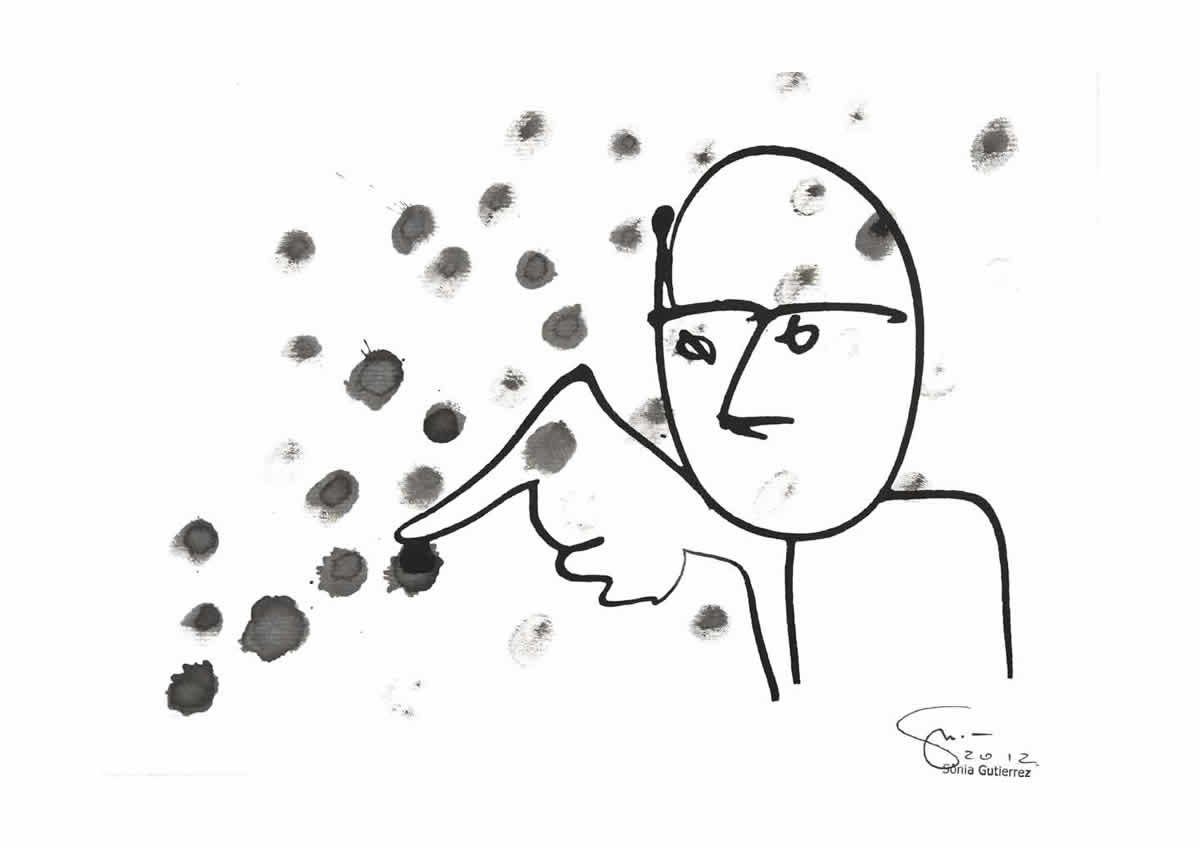 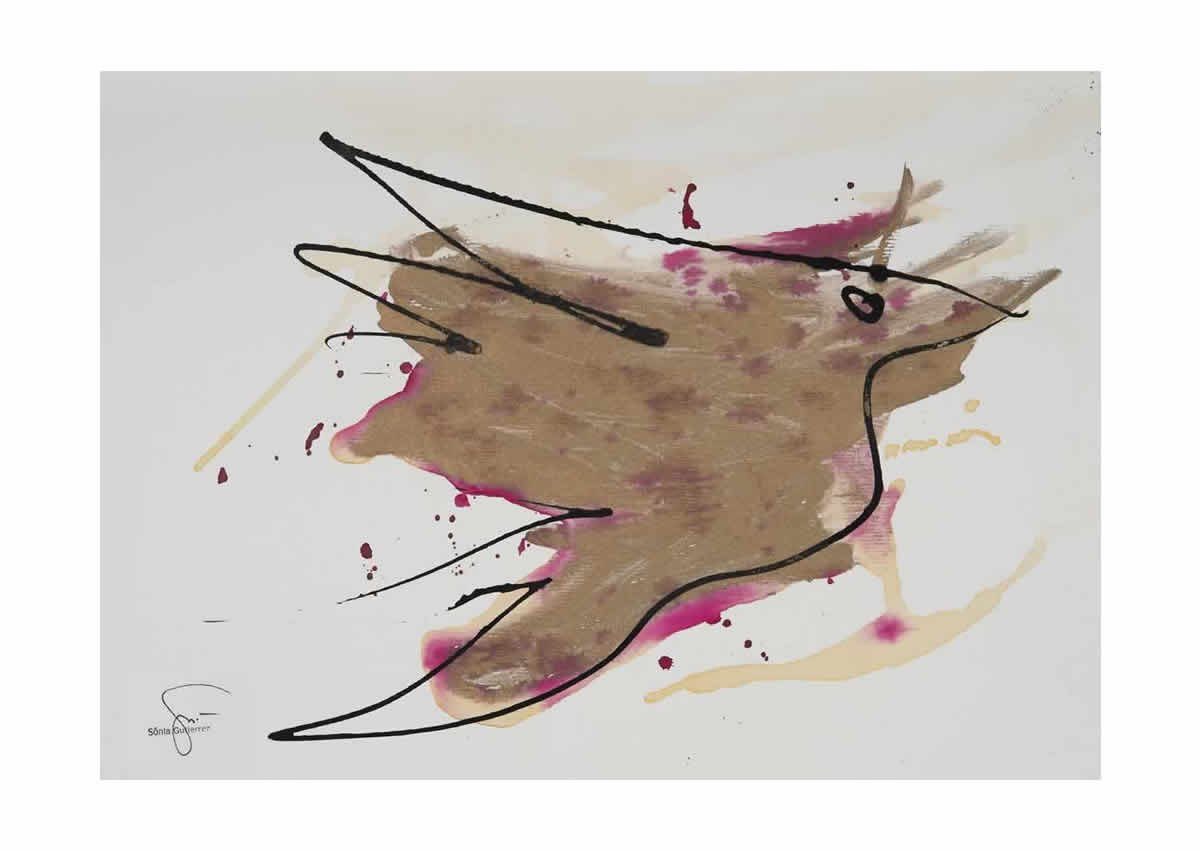 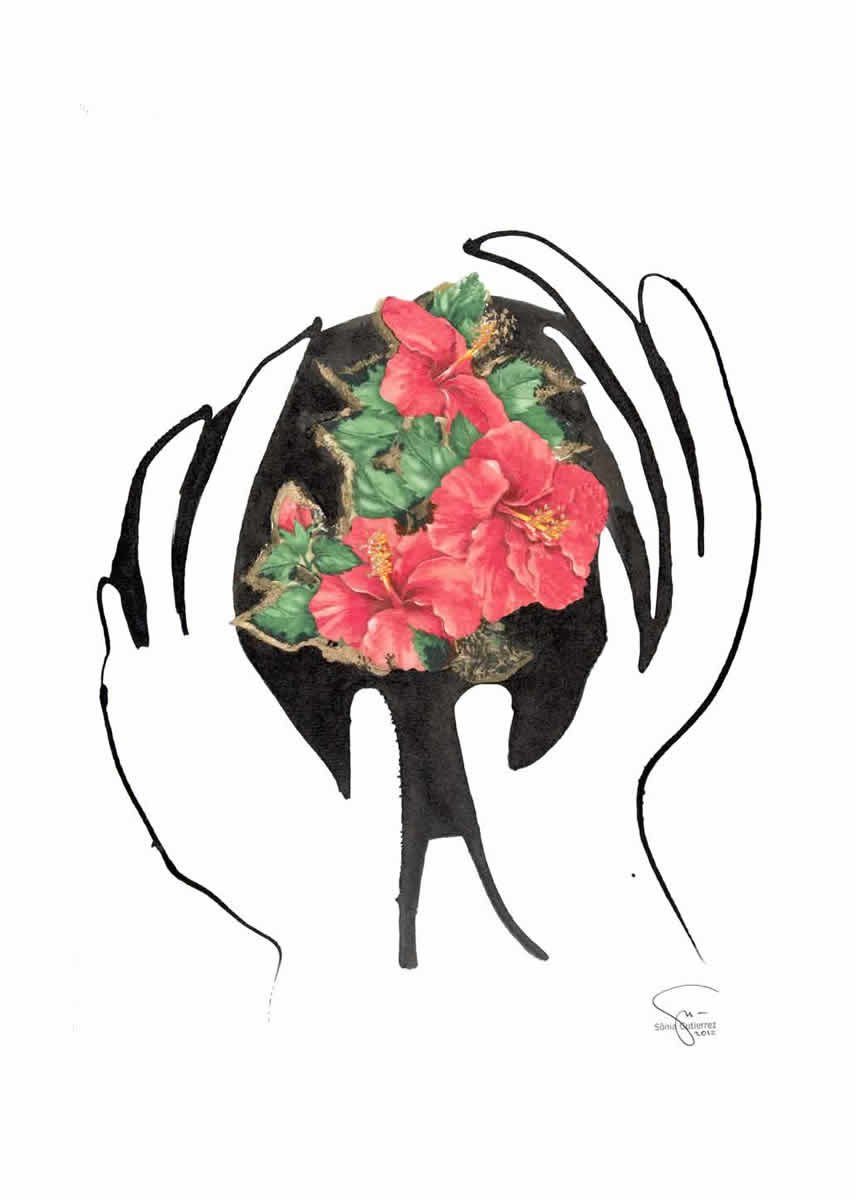 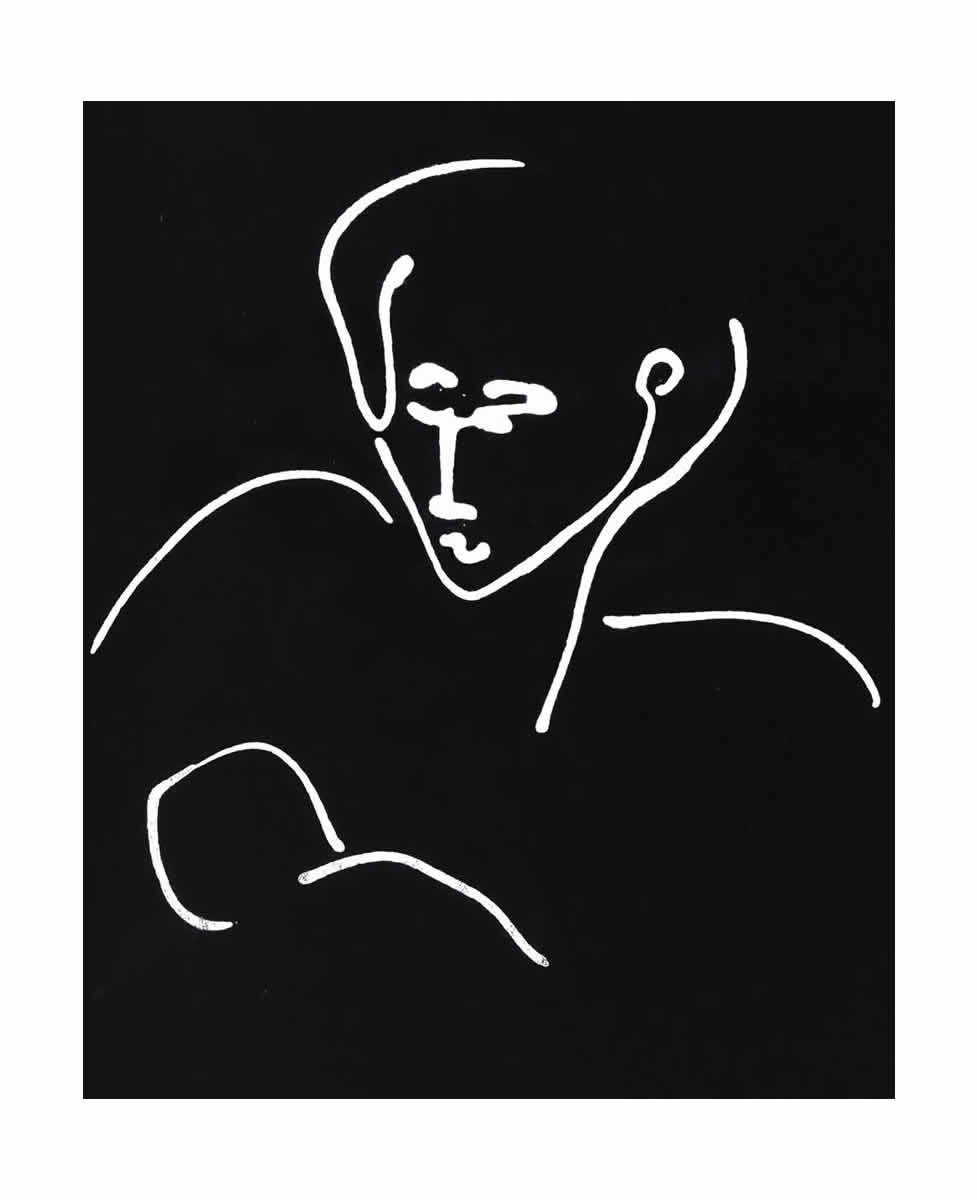 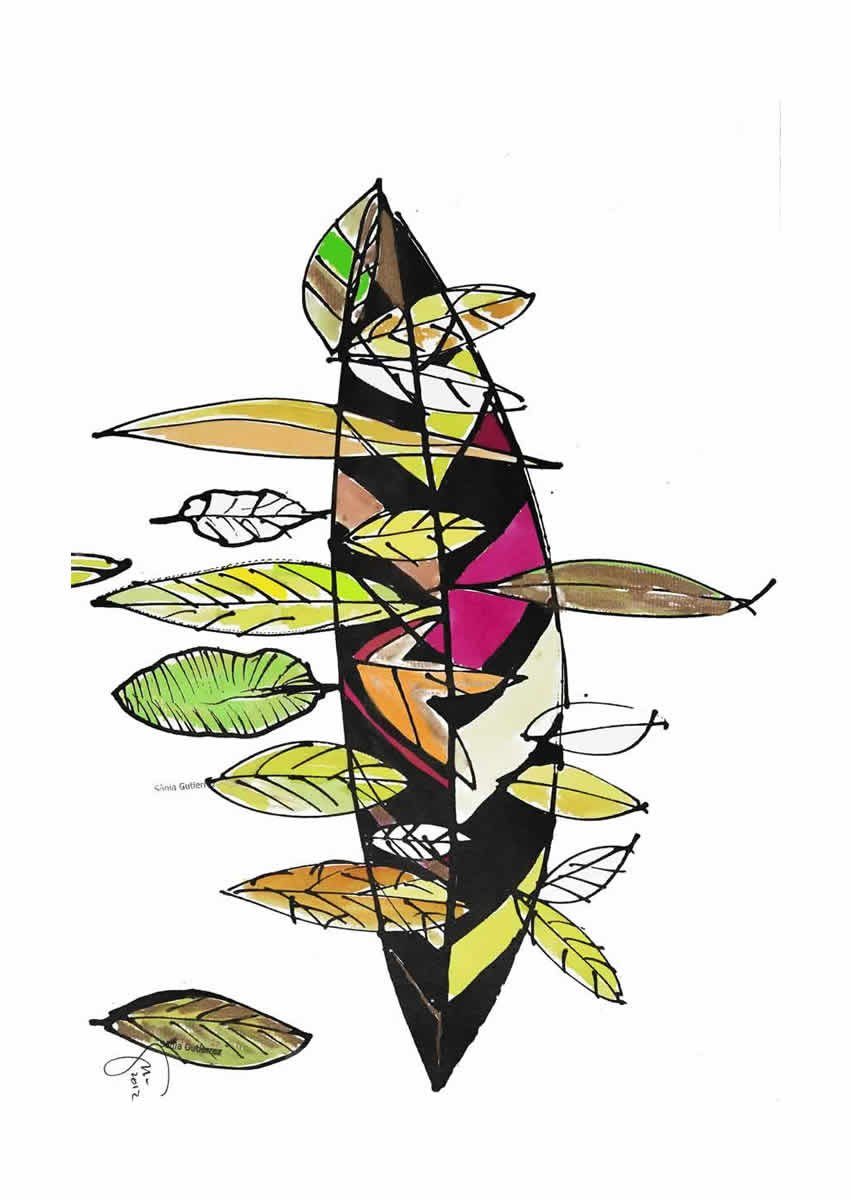 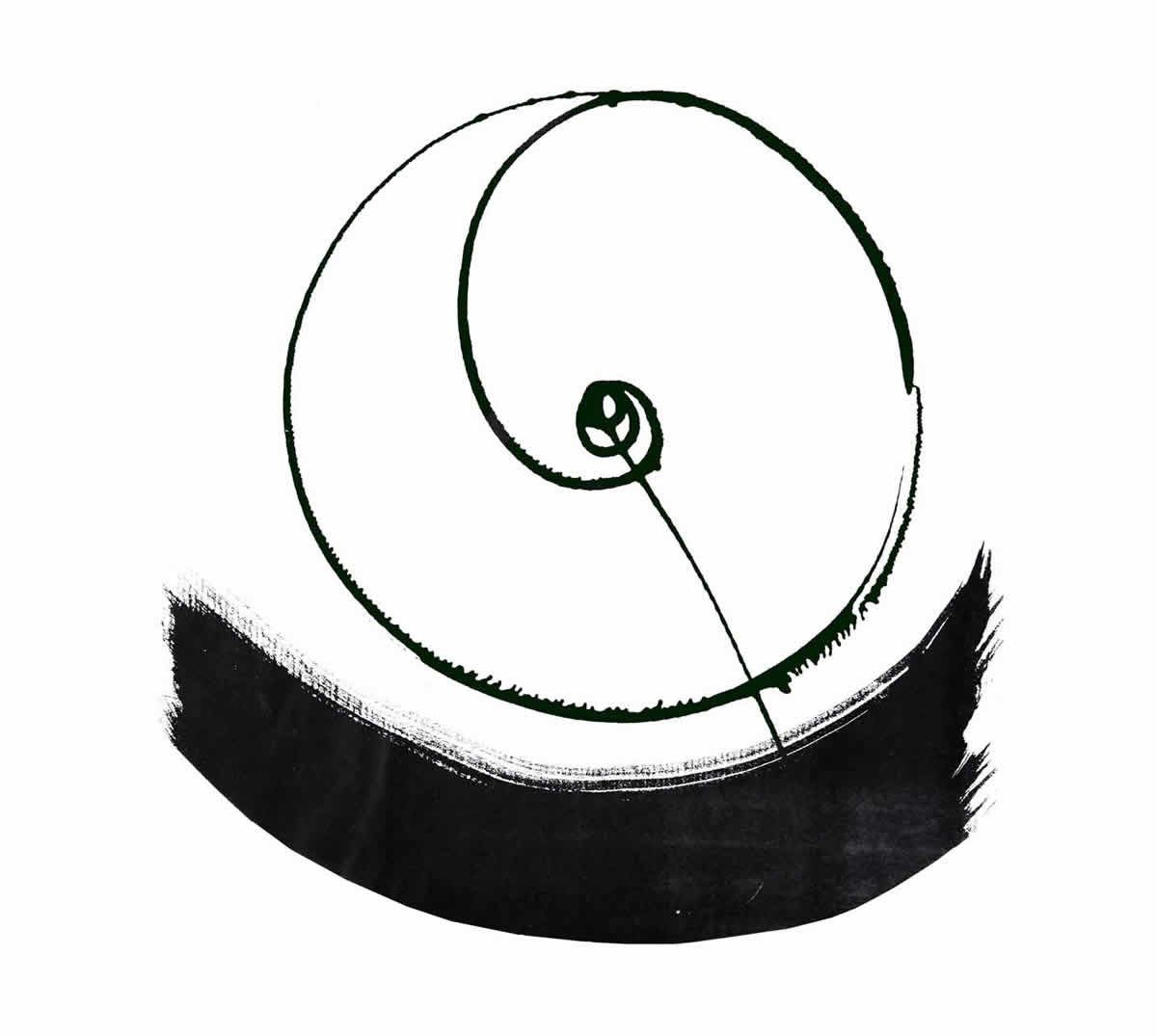 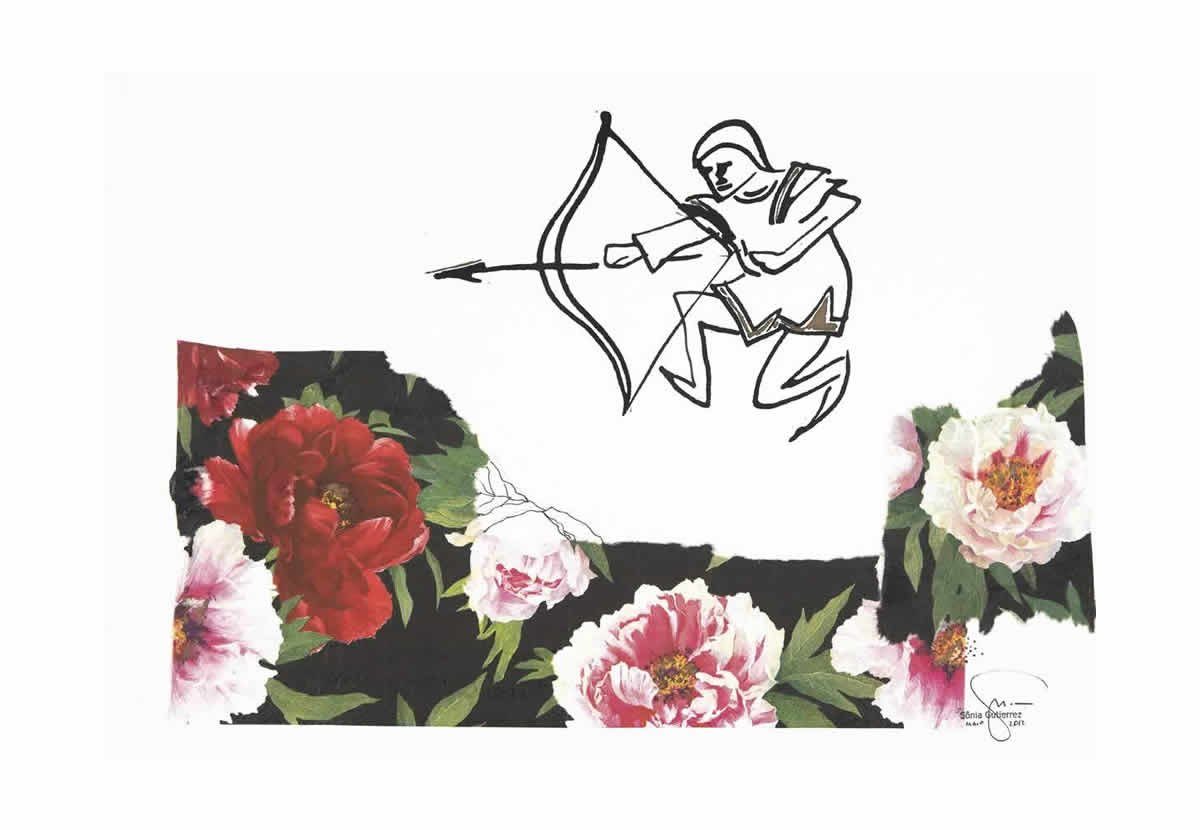 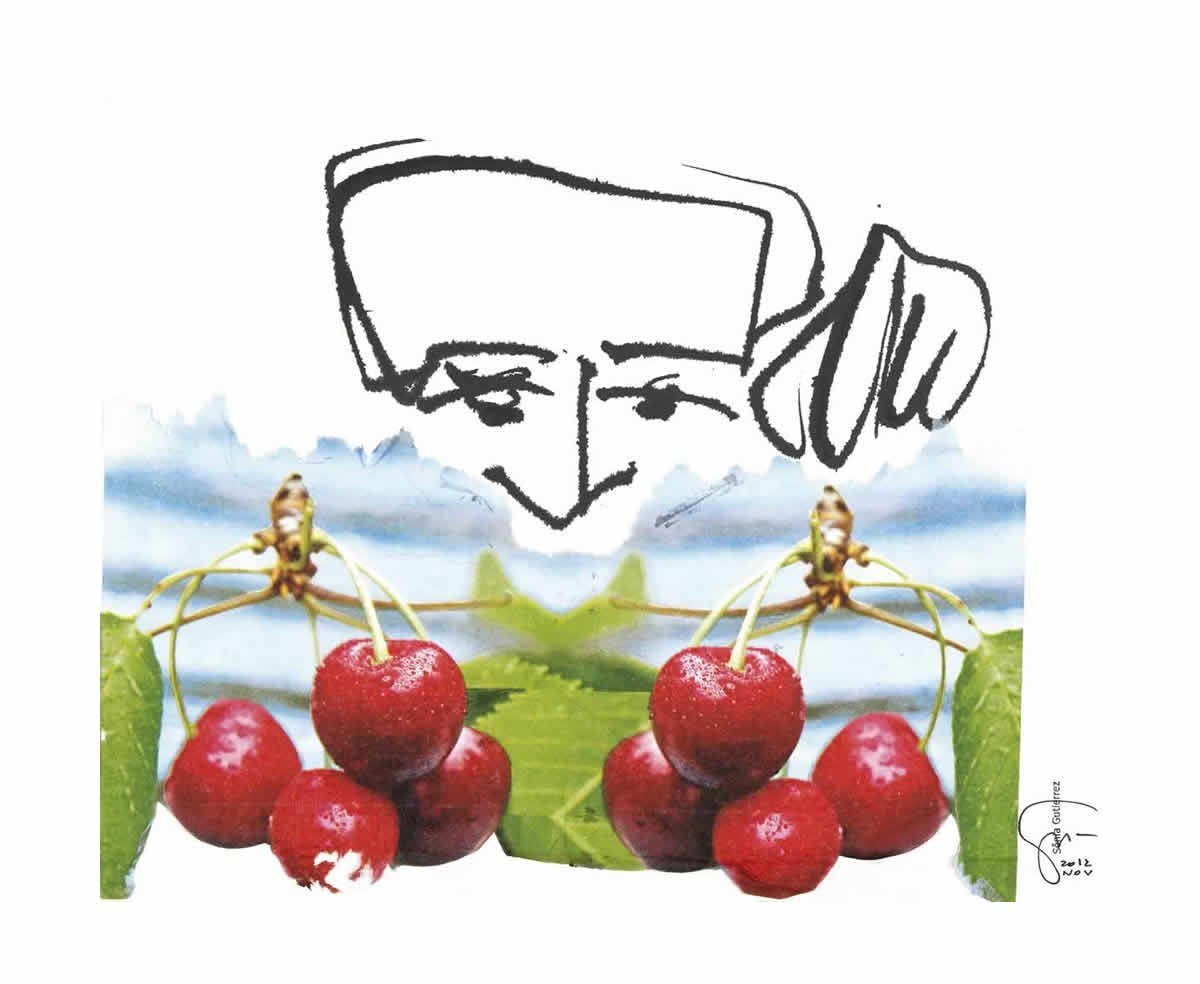 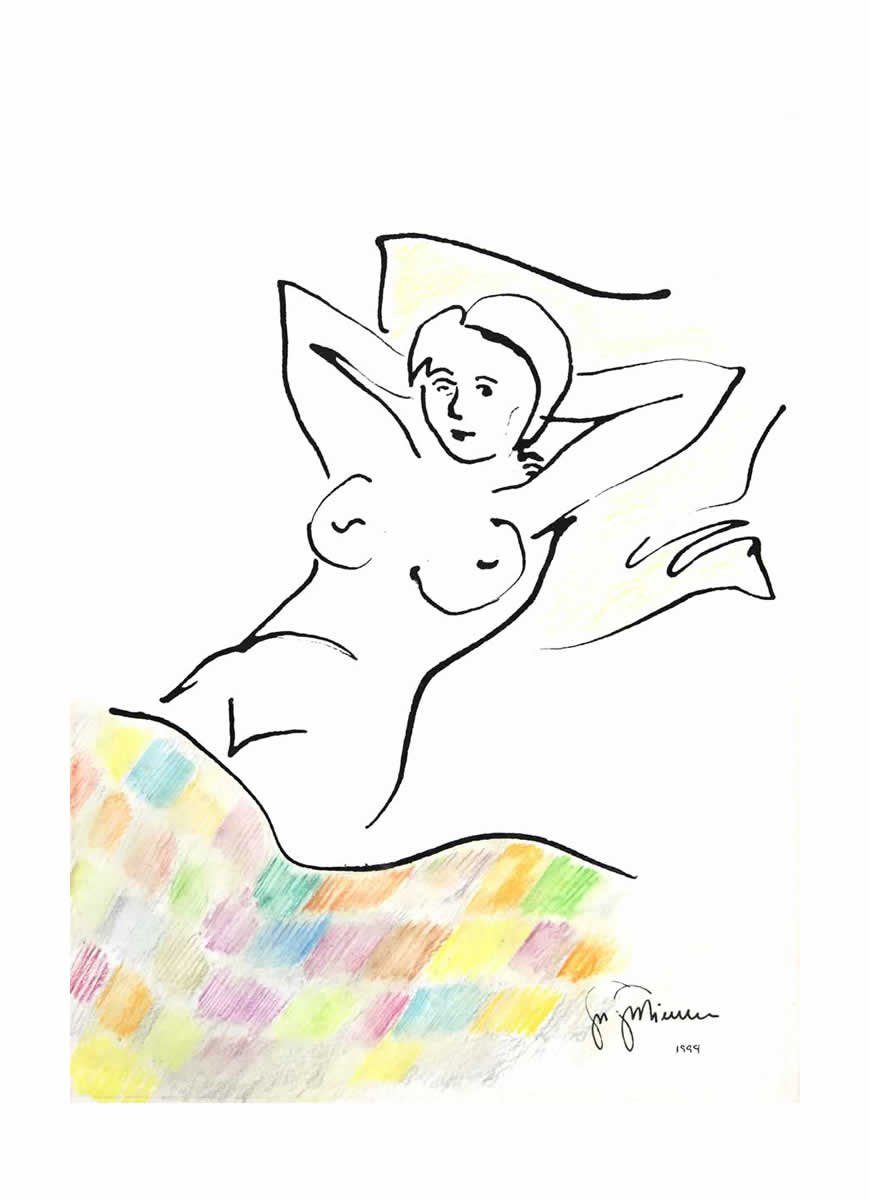 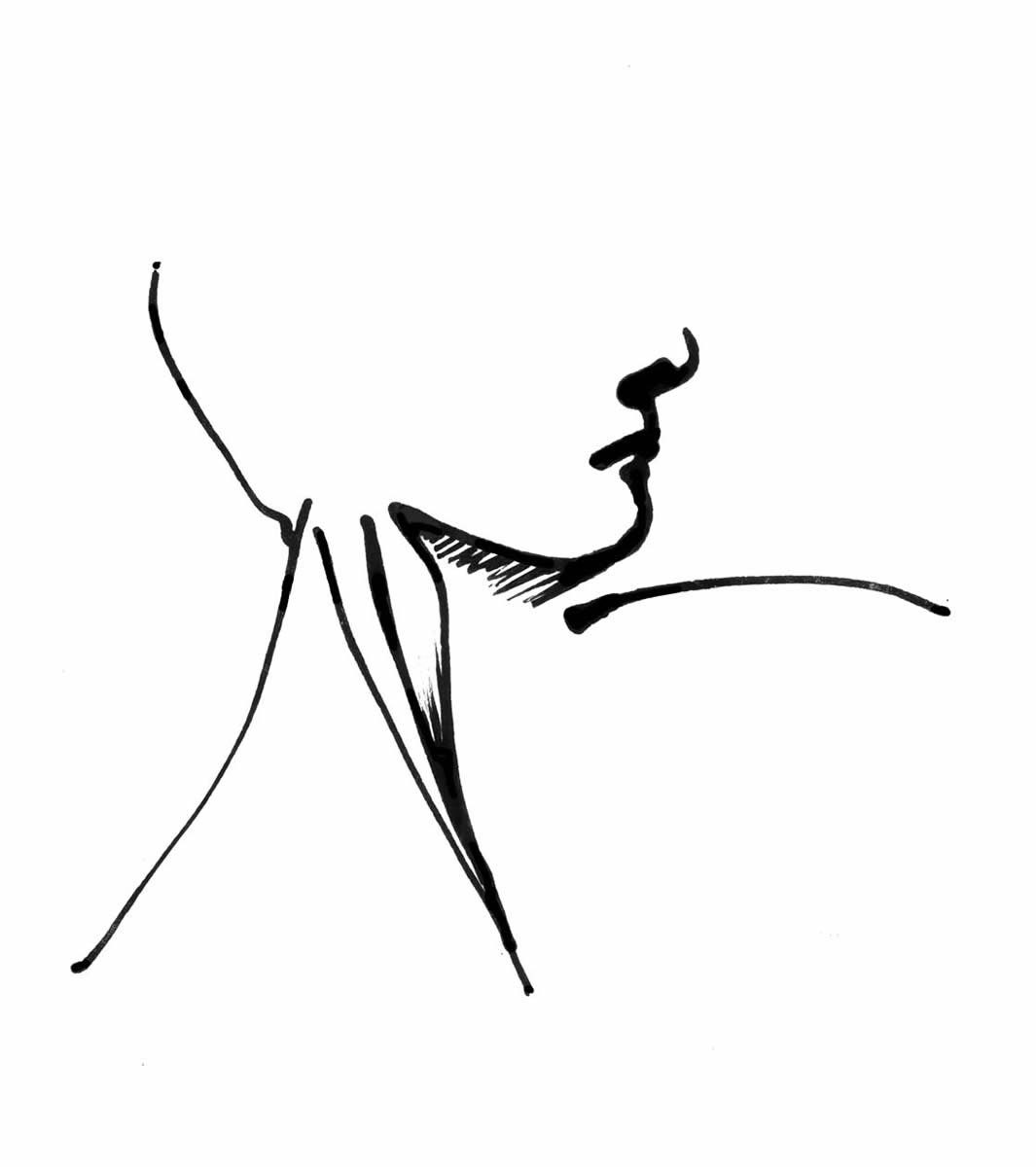 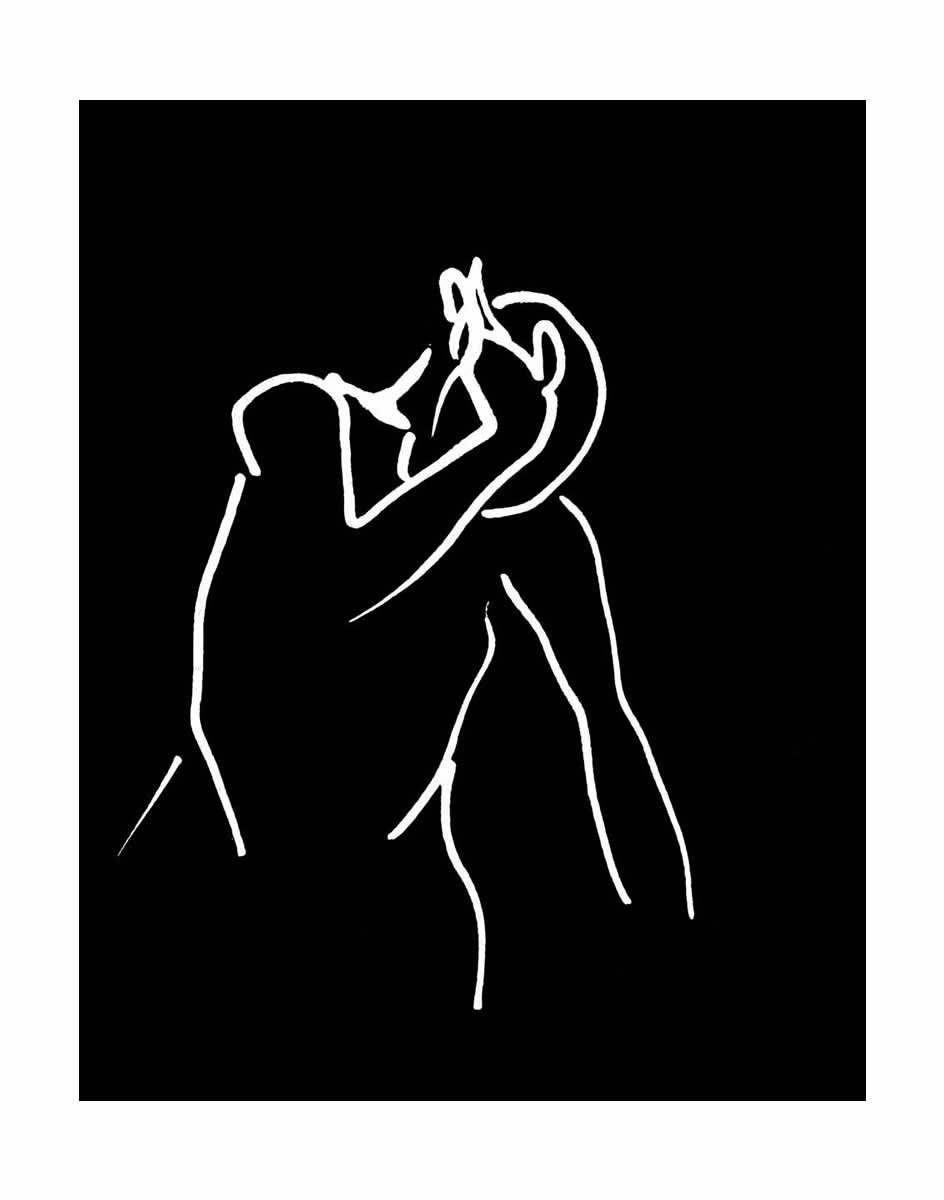 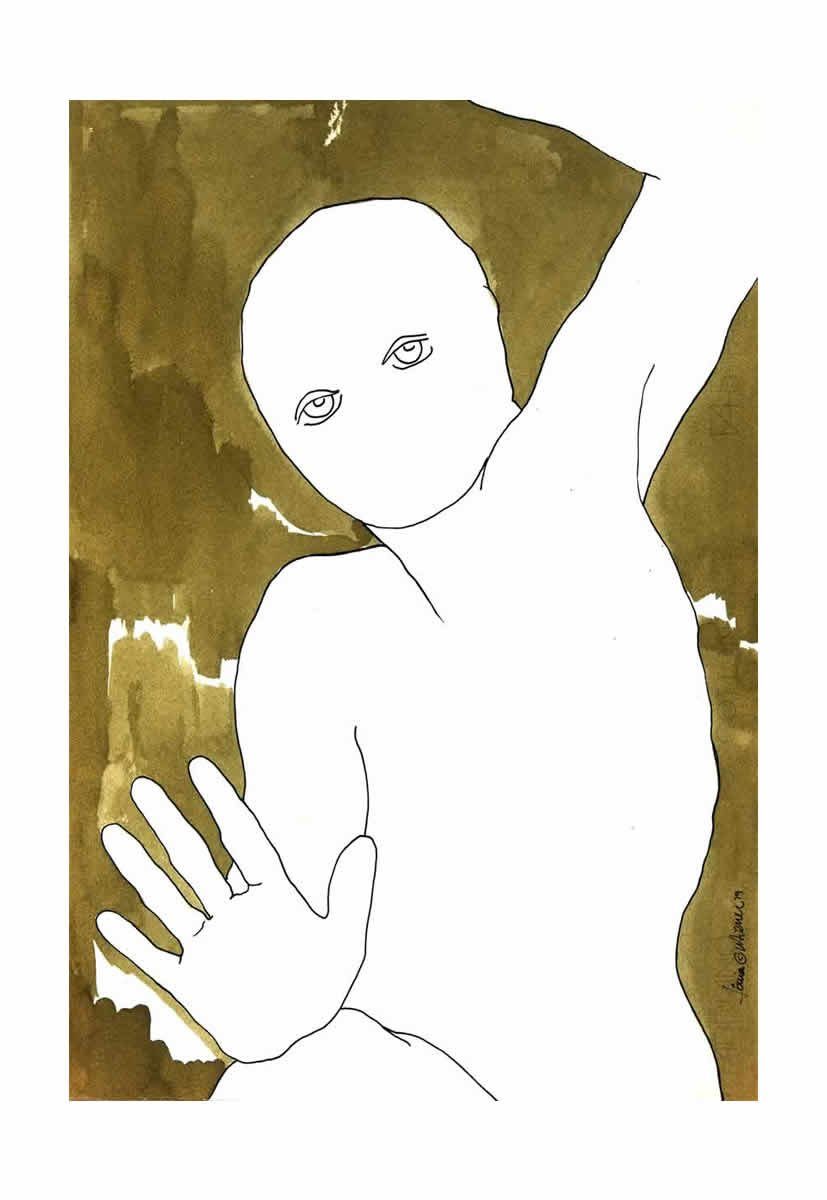 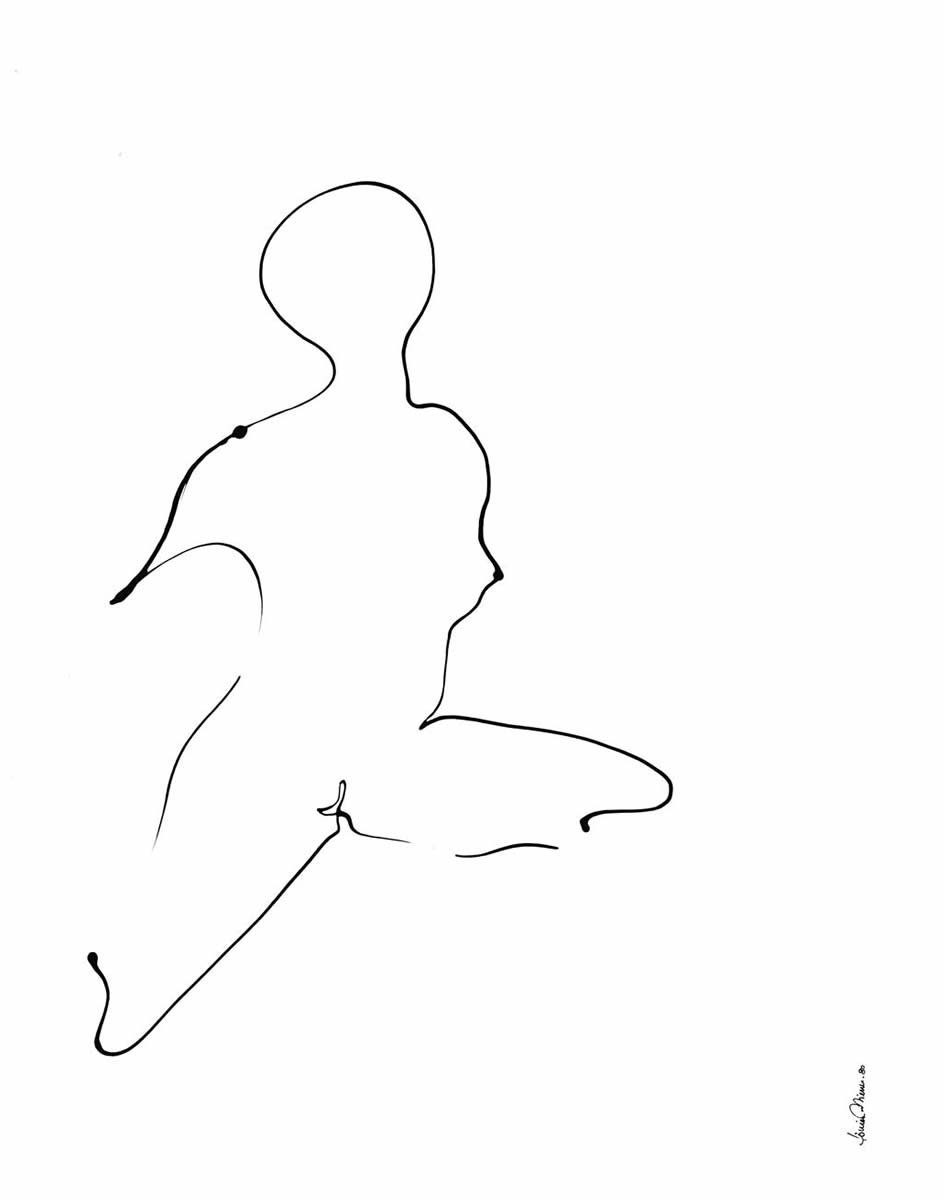 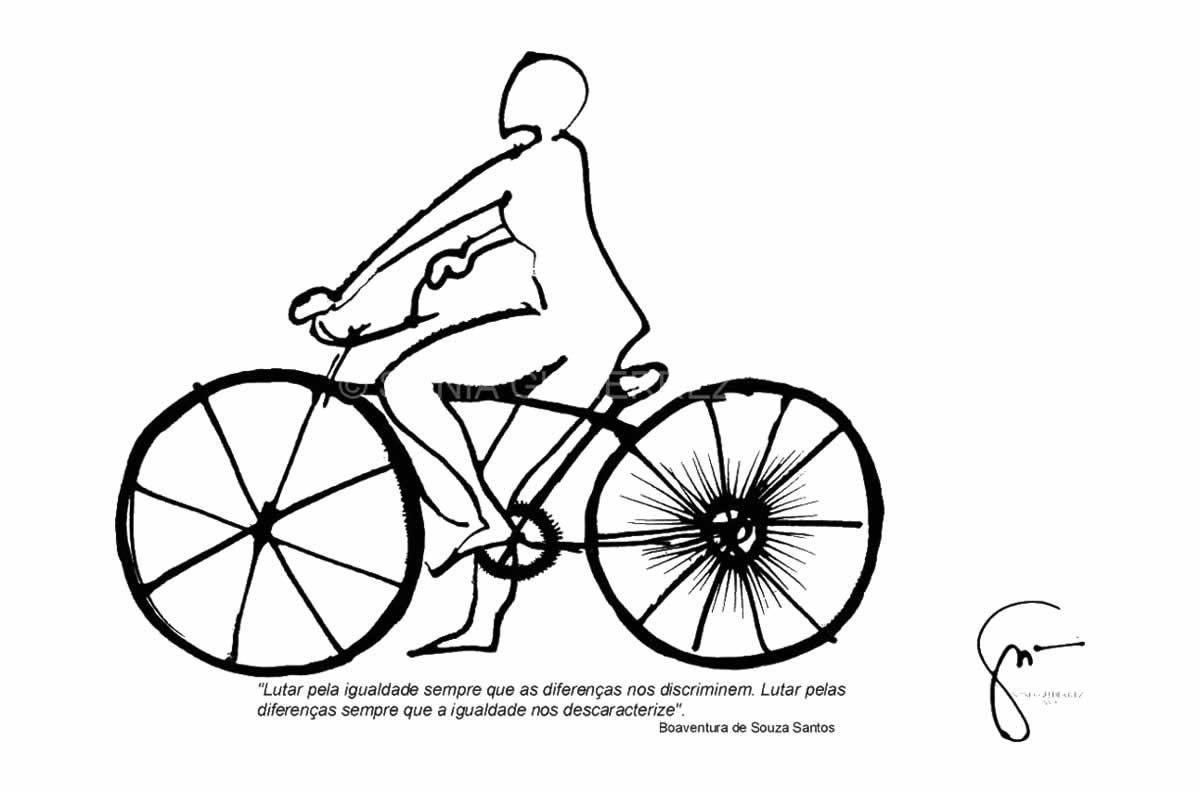 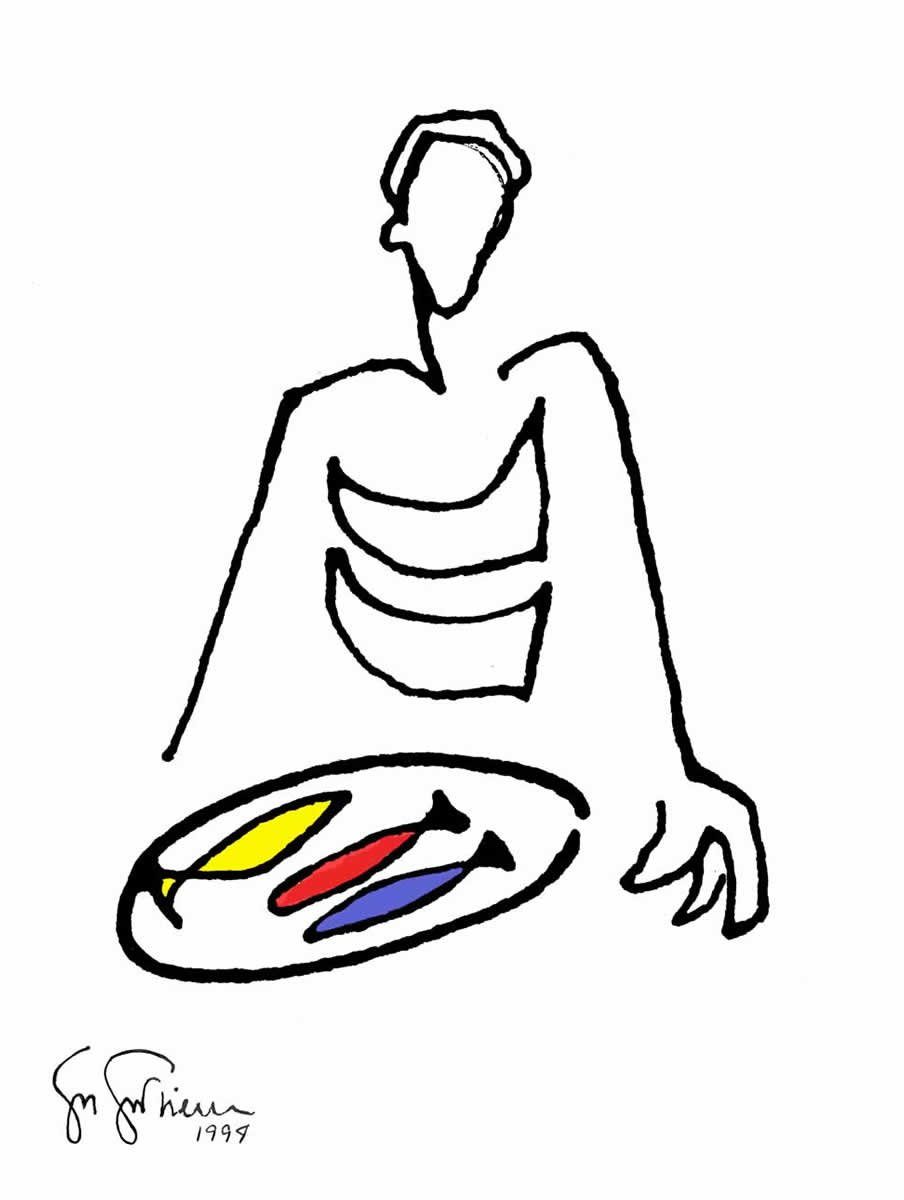 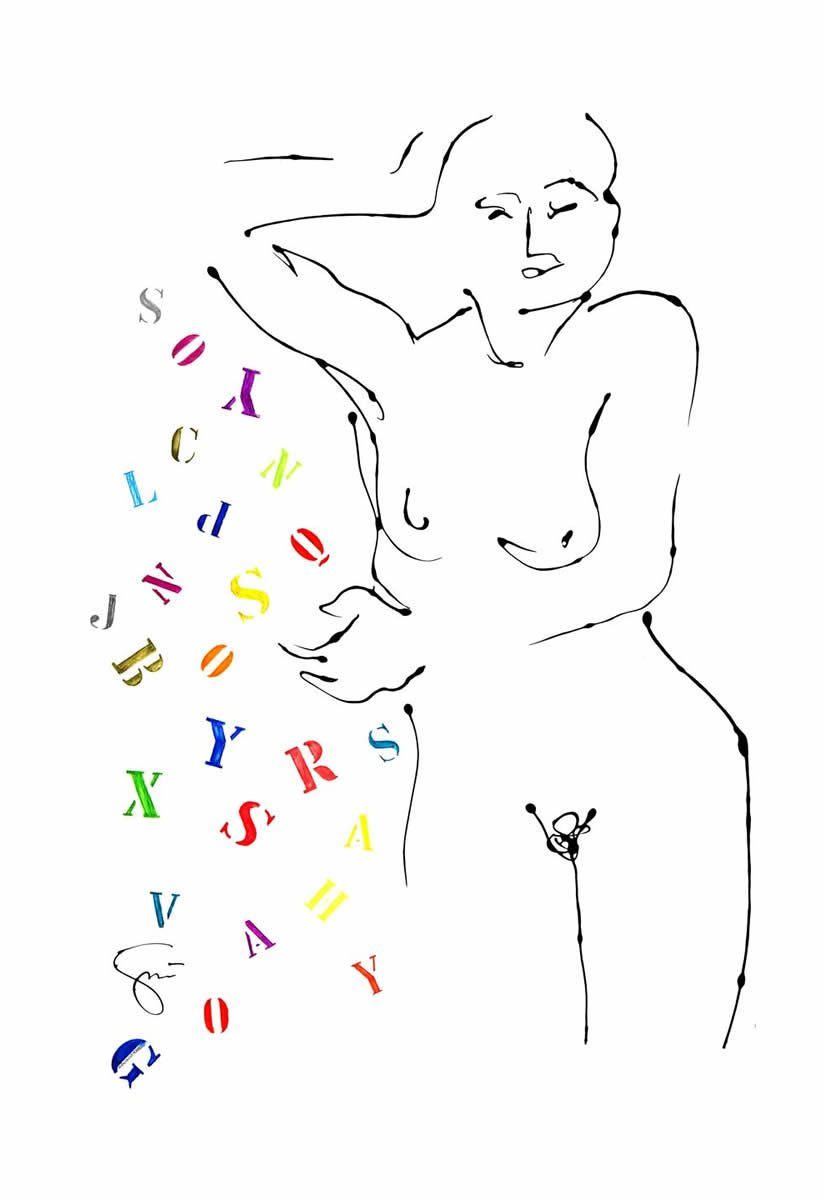 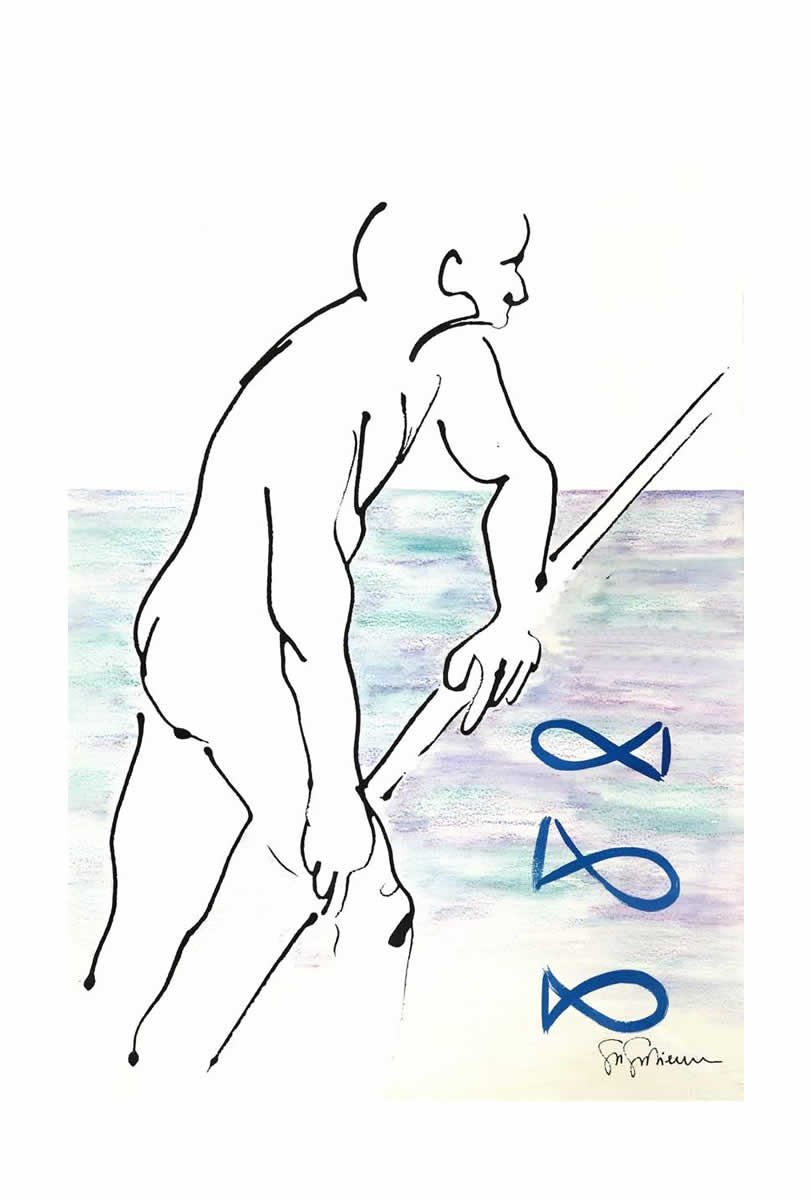 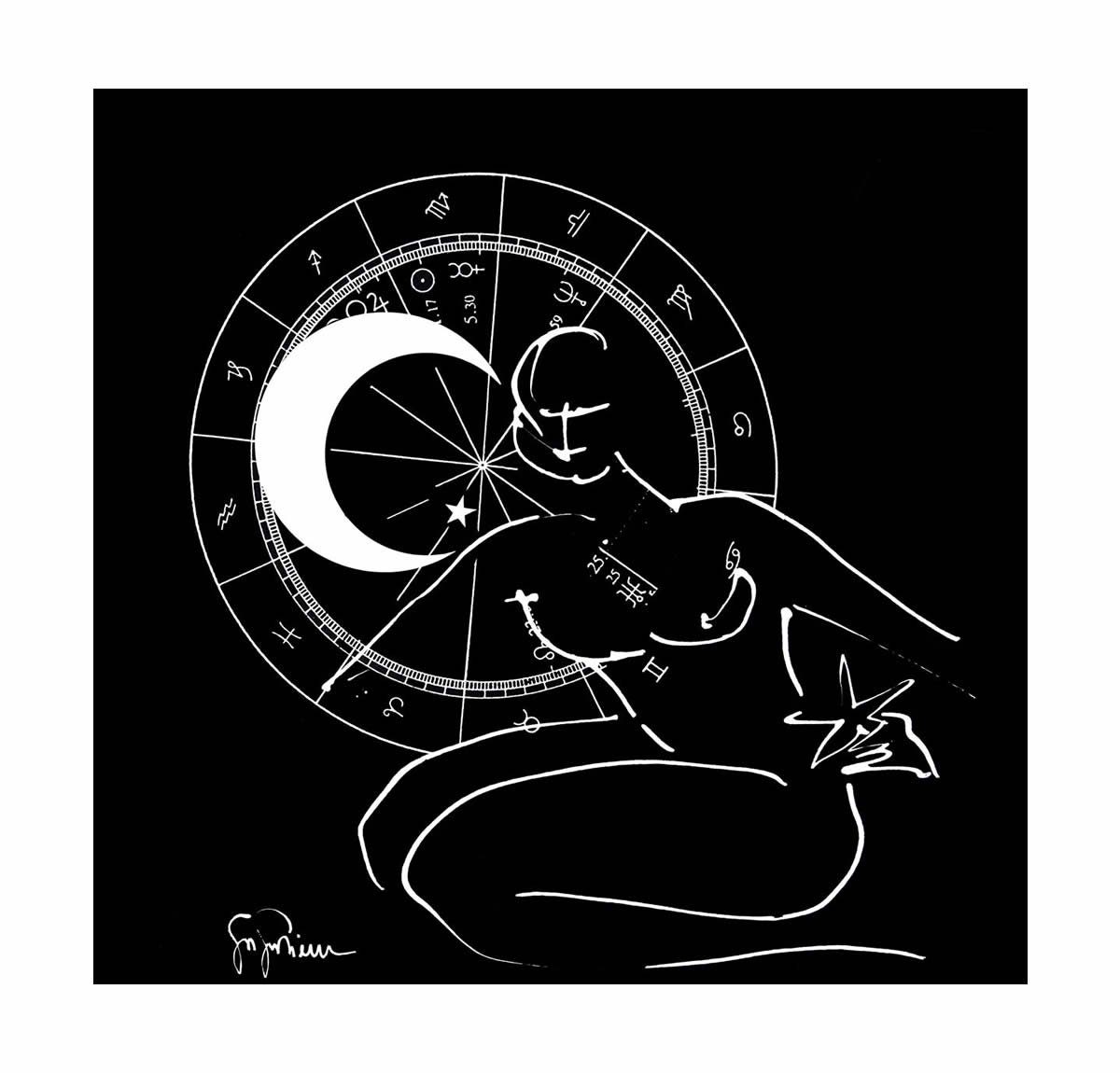