SÔNIA GUTIERREZ: An innate researcher – She acts how cultural animator, teacher, illustrator, set designer, painter, objetualist and installation’s performer – this artist has an exceptional social consciousness, during her career she has been transforming her works in genuine flags on defense about preservation of artistic heritage of Paranaguá, where she was born; by Social Justice and Ecology.

Her trajectory among the most reputable artists from Paraná evolves from figuration to abstraction, to research of materials and processes of creation.

In recent phase, she rescues and let fascinate herself by the potentiality of simple materials, like scrap wood from old packing, nails, metallic wire, among others elements, capable to reveal an amazing plastic lyricism.

Giving back to processes that are incompatible with our economic reality, she proves it is possible to create through poor materials, the poetics of freedom. Her works turn into not only alive manifestos about her life philosophy, but also they register the experimental personality that is own.

The metallic colors like silver, that attached at the old wood report us to her family traditions of spirituality and to high ethical ground of life’s conception. Including elements like old nails and studs which are connected like iconographic elements and symbols that create dialogue to a poetics of freedom whom she is a spokesperson in Paraná.

“Verse & Reverse” of Sônia Gutierrez is an exhibition about rescue – rescue of dispersed things in daily life. Mainly on the streets, where the artist took scrap wood used to protect air conditioning and dentist chair.

Dismantled, the wood passes to be faced on its plasticity – Gutierrez increases the potencial about it. It is almost anonymous how she puts herself in front of this newborn work and puts light layers of white, silver or red colours. Whenever possible she redirects it from corporate stamps and postmarks engraved on surfaces, trying to maintain on display, preserving the identity from old boxes.
She also takes a risk of sew with wire the damaged pieces. The original nails and clamps are leveraged, when themselves also dictate the composition that the artist did.

“…Sônia Gutierrez, illustrator and painter, has been collecting boxes like a garbage picker during eight months. On the street or condominiums, residencies, banks, malls or supermarkets. She was fascinated by graceful formats and by freedom (literally for free) of the boxes.

Verse & Reverse uses the box, as say the title of the exhibition, because Sônia Gutierrez insists enjoy all material’s angles. Like mobiles, the boxes can be seen from both side, given that one side refers to the specification of box: origin, manufacture, destination etc.
The artist appropriates the boxes, little or big ones without taking out its personality, she just respects the texture, form and also the nails, clamps and the violence which some were opened. With the boxes she illustrates according to determines the design, the wood’s core.

The disposable boxes from Sônia Gutierrez and the tasty and indigestable photos from Luiz Salgado, are icones of protest. And during a long time the word “protest” has passed far away from fine arts. But there is a time, like now, which the indifference in name of pure art becomes crime by omission. Fortunately not everyone are omissive and insensitive”. 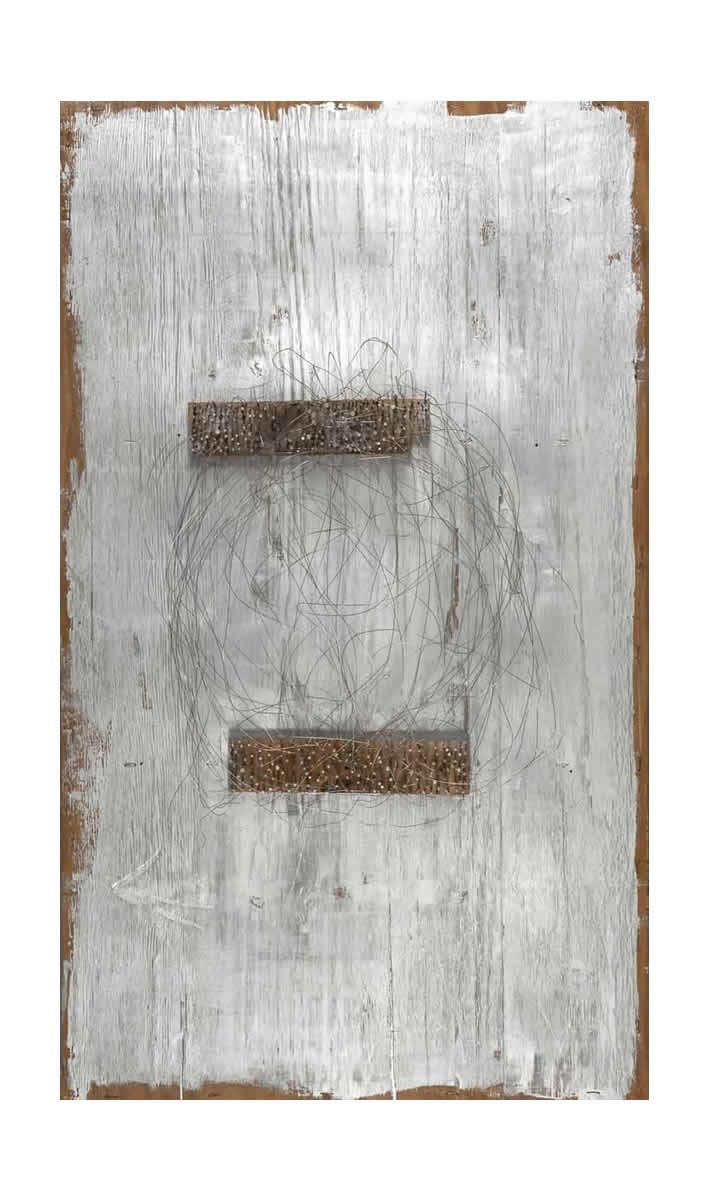 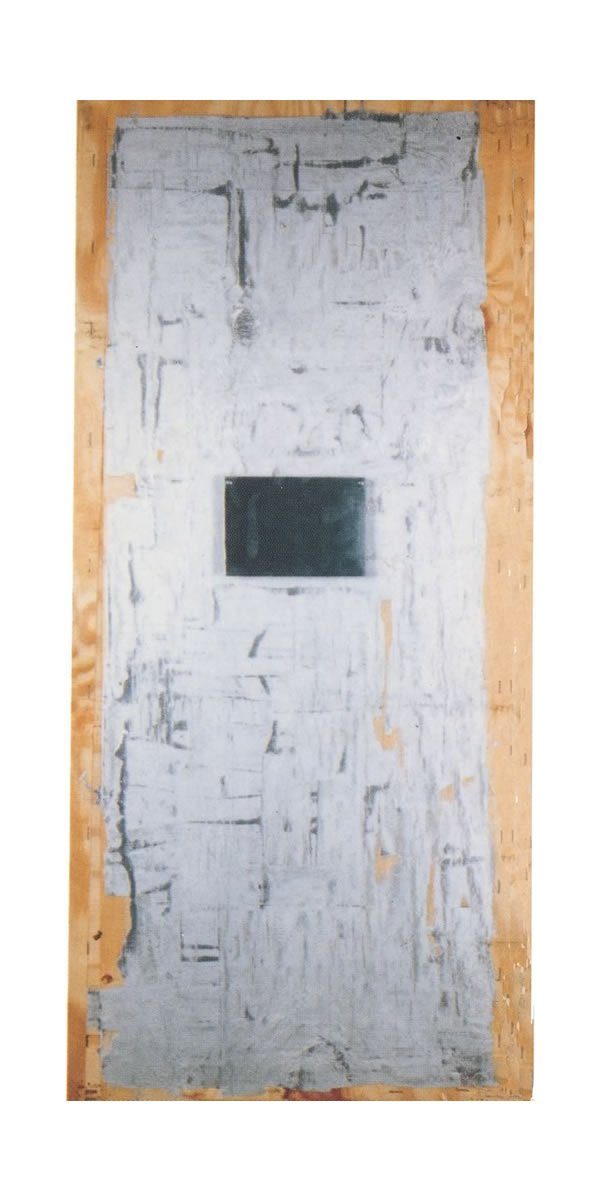 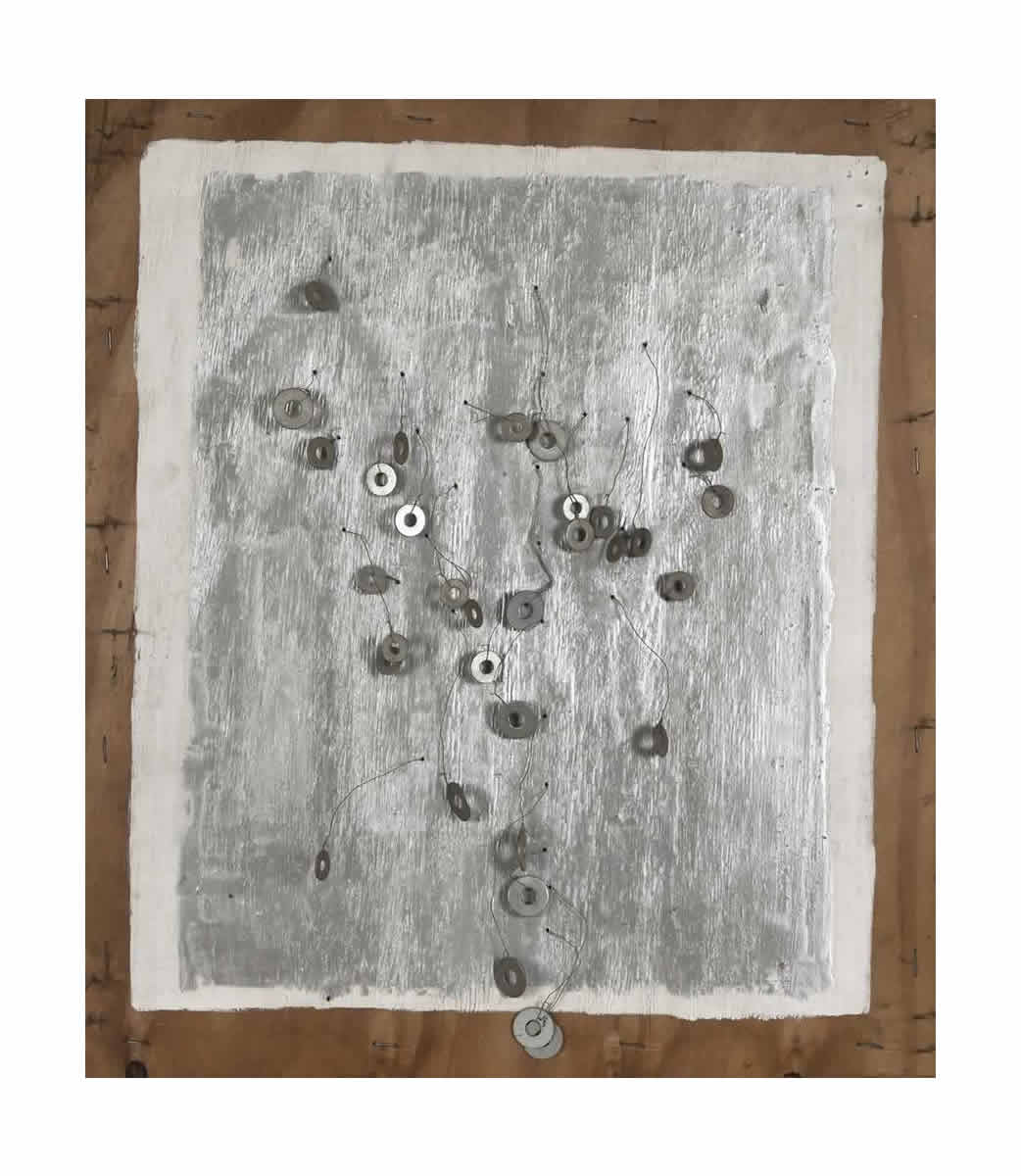 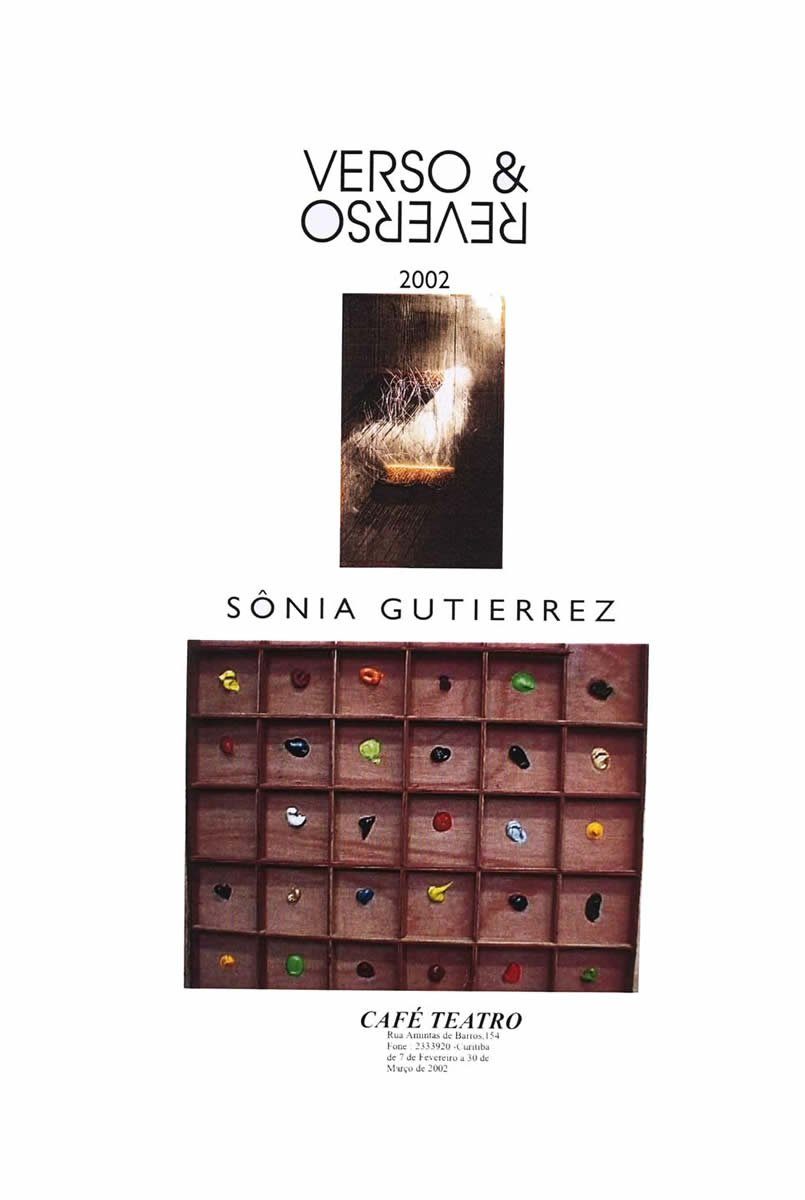 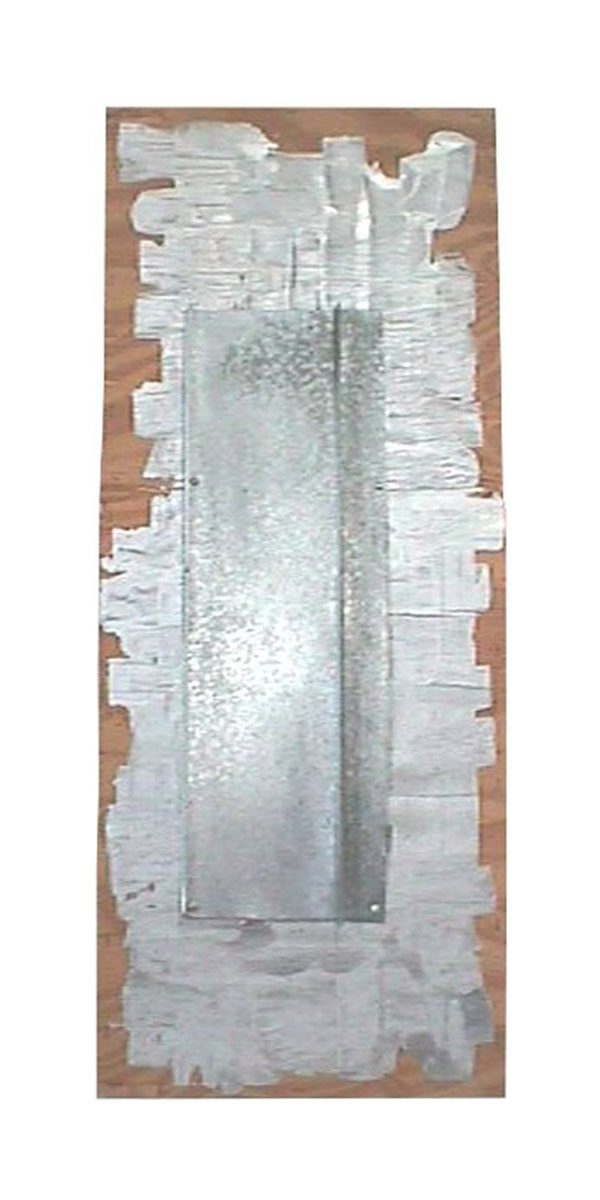 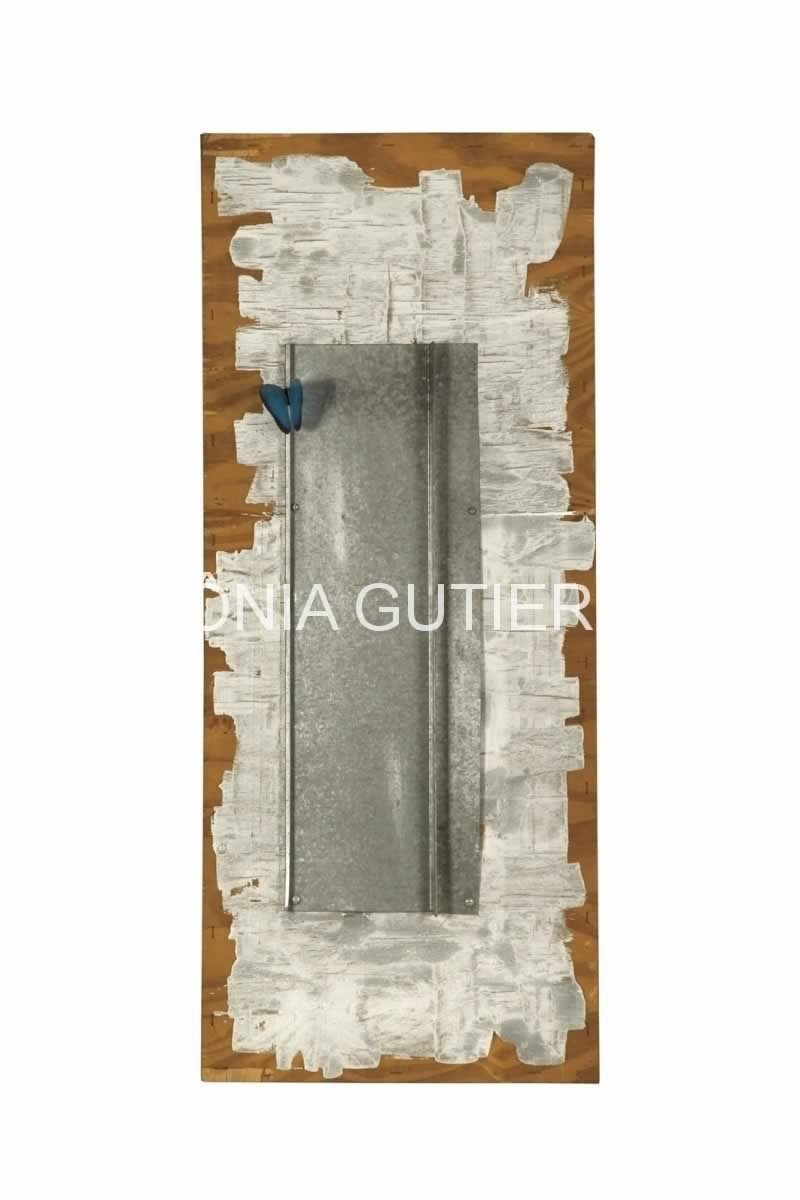 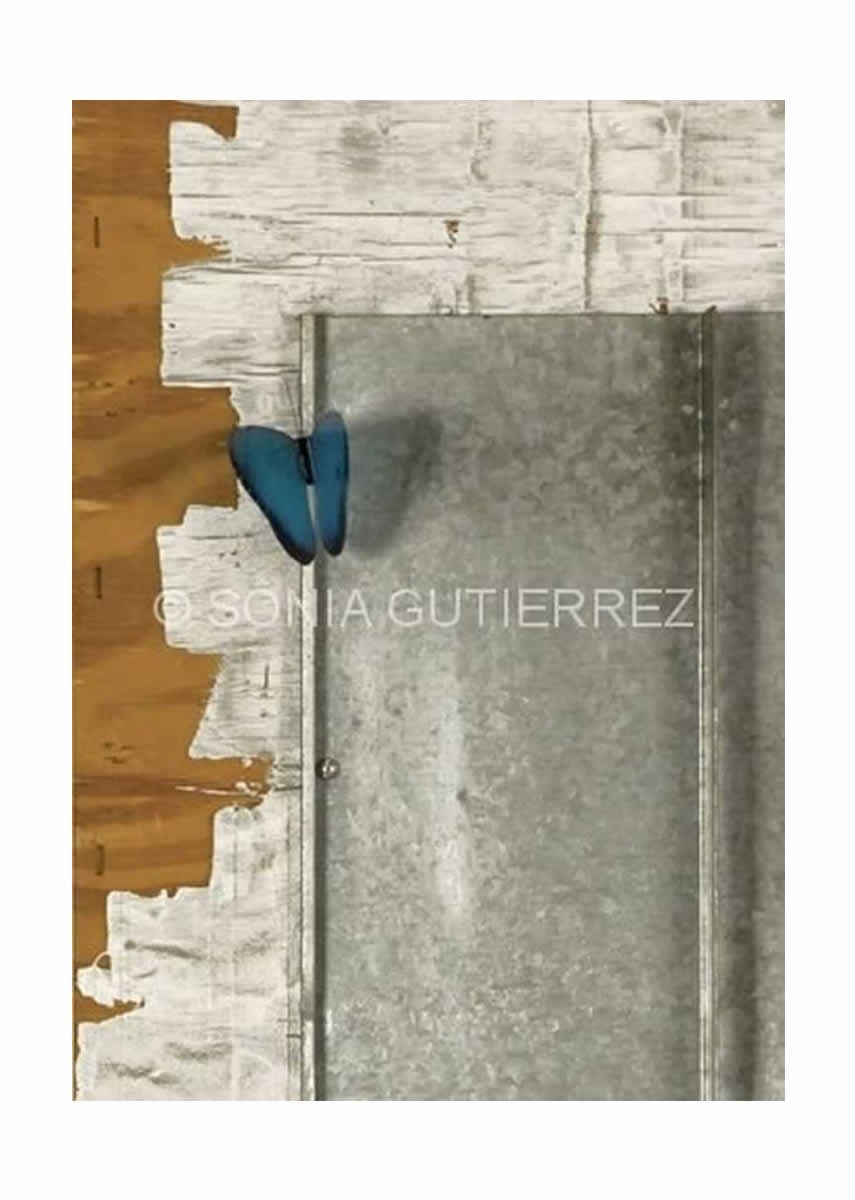 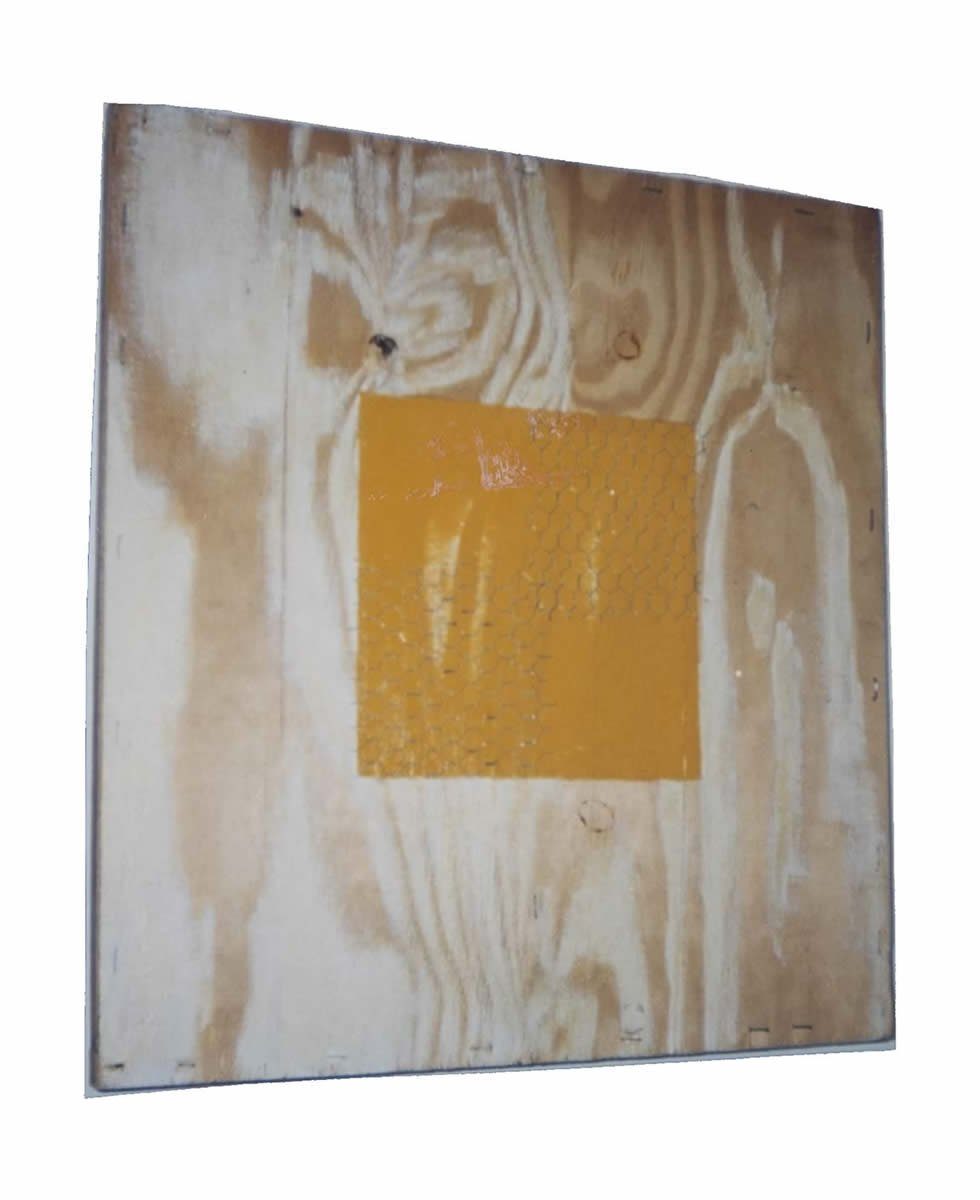 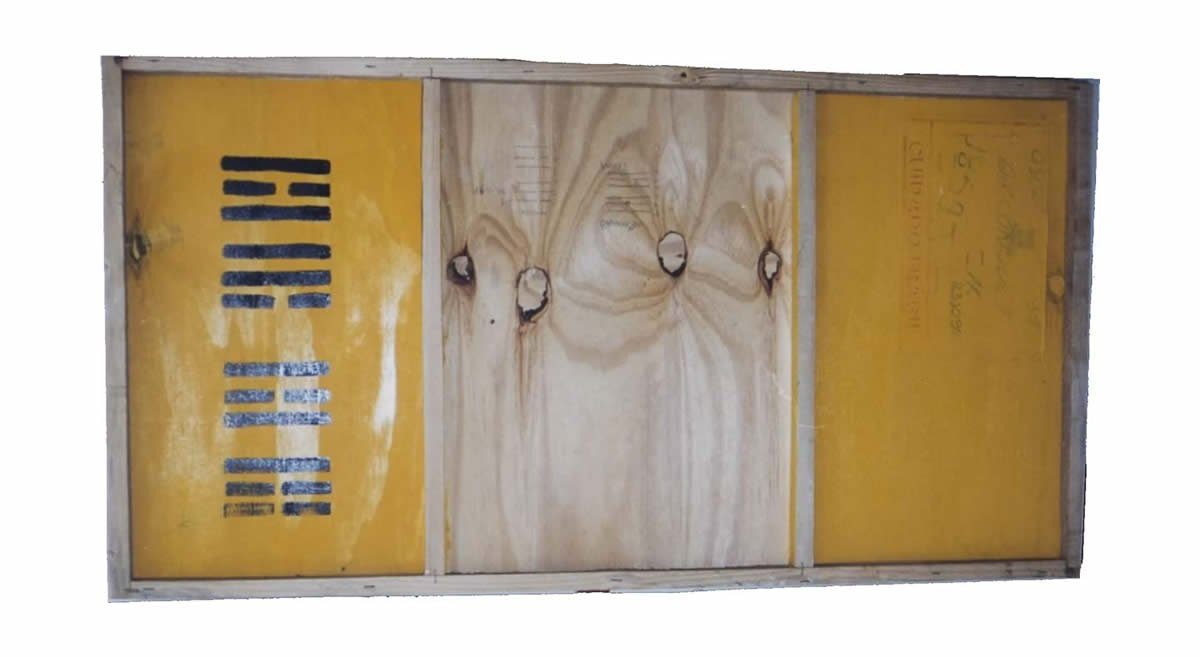 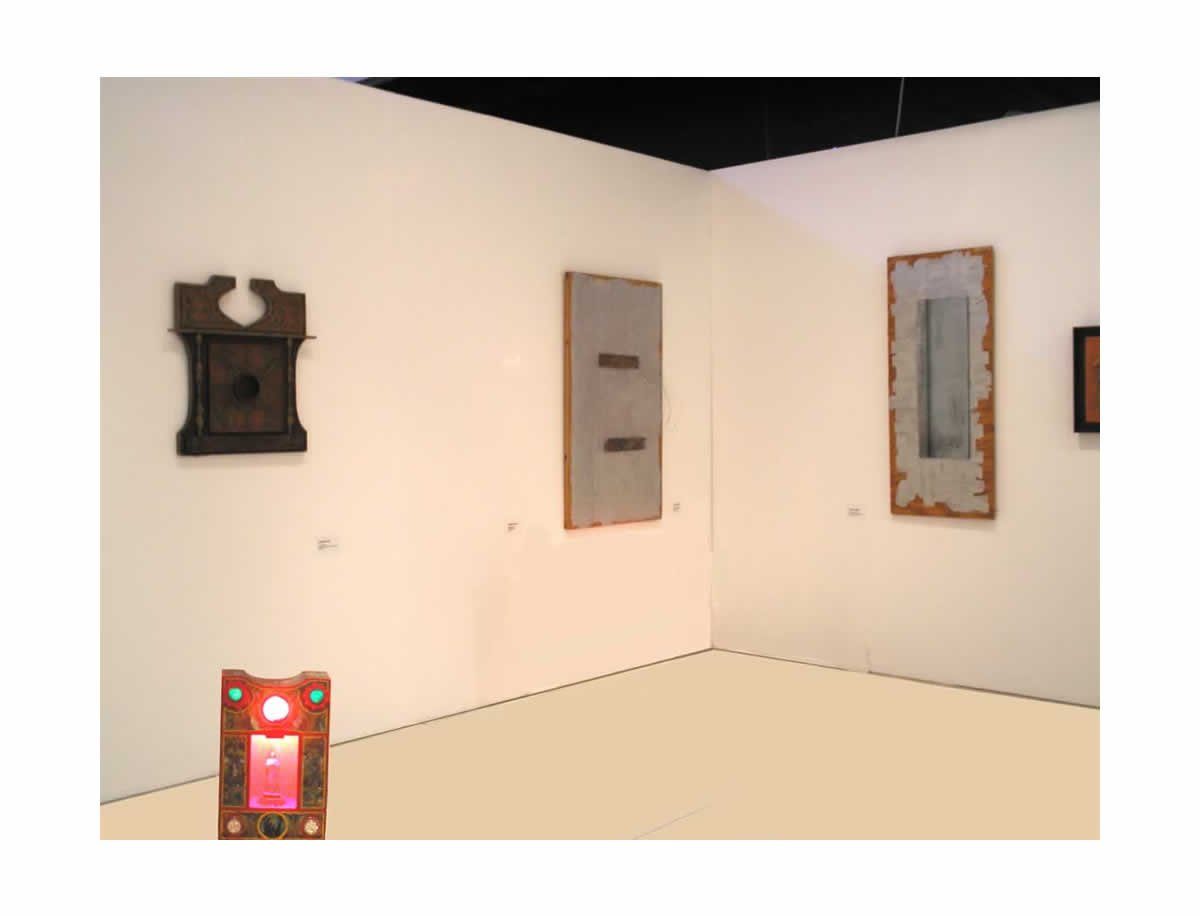 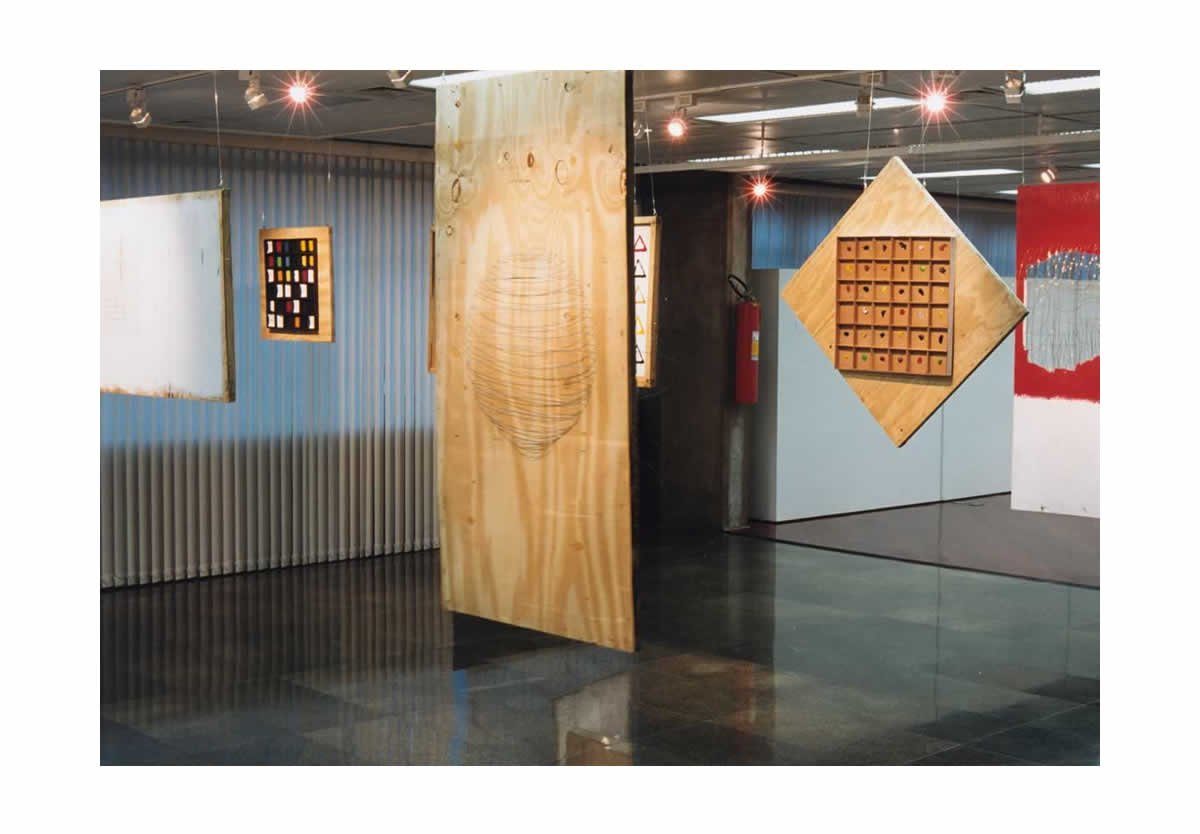 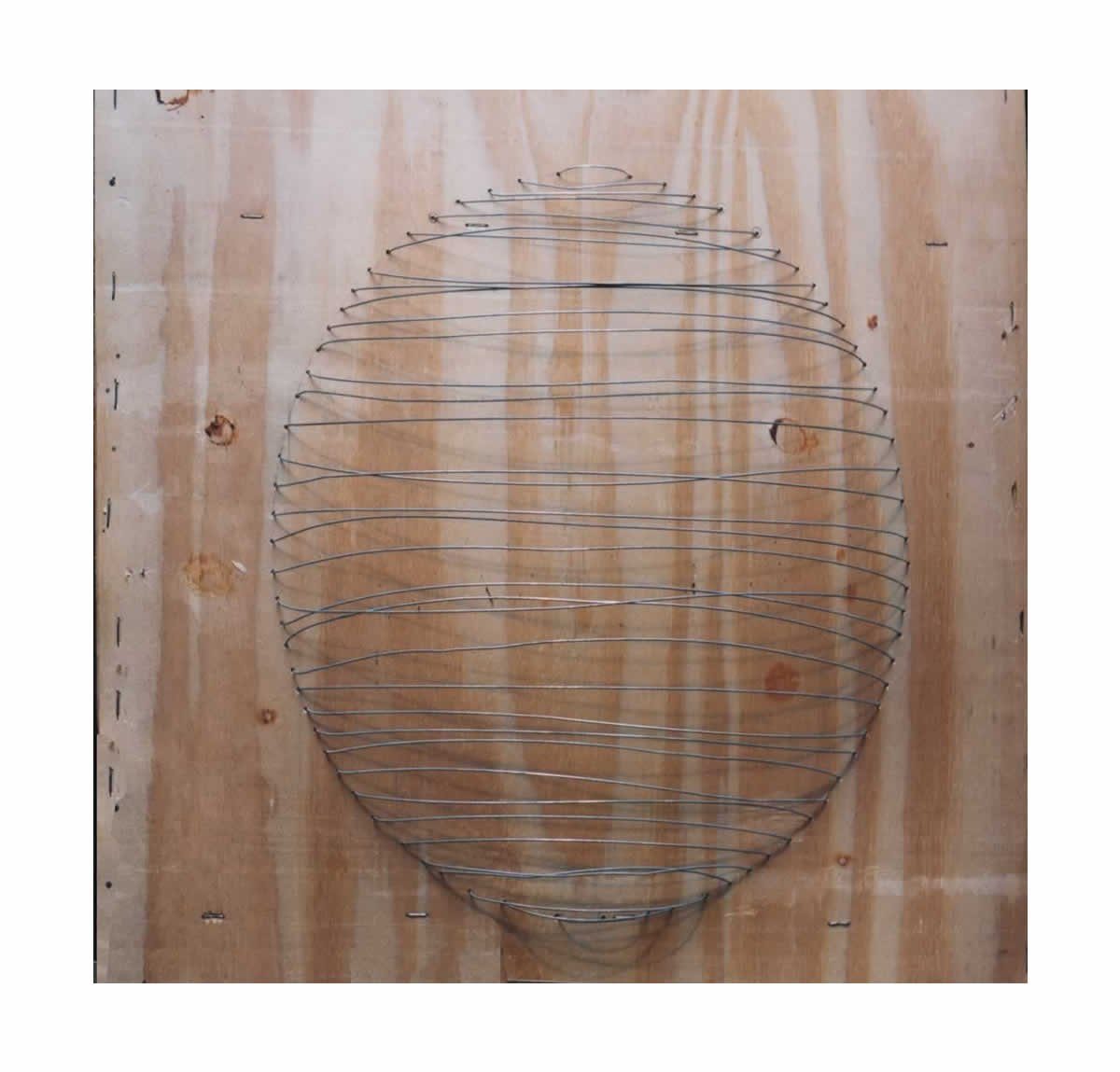 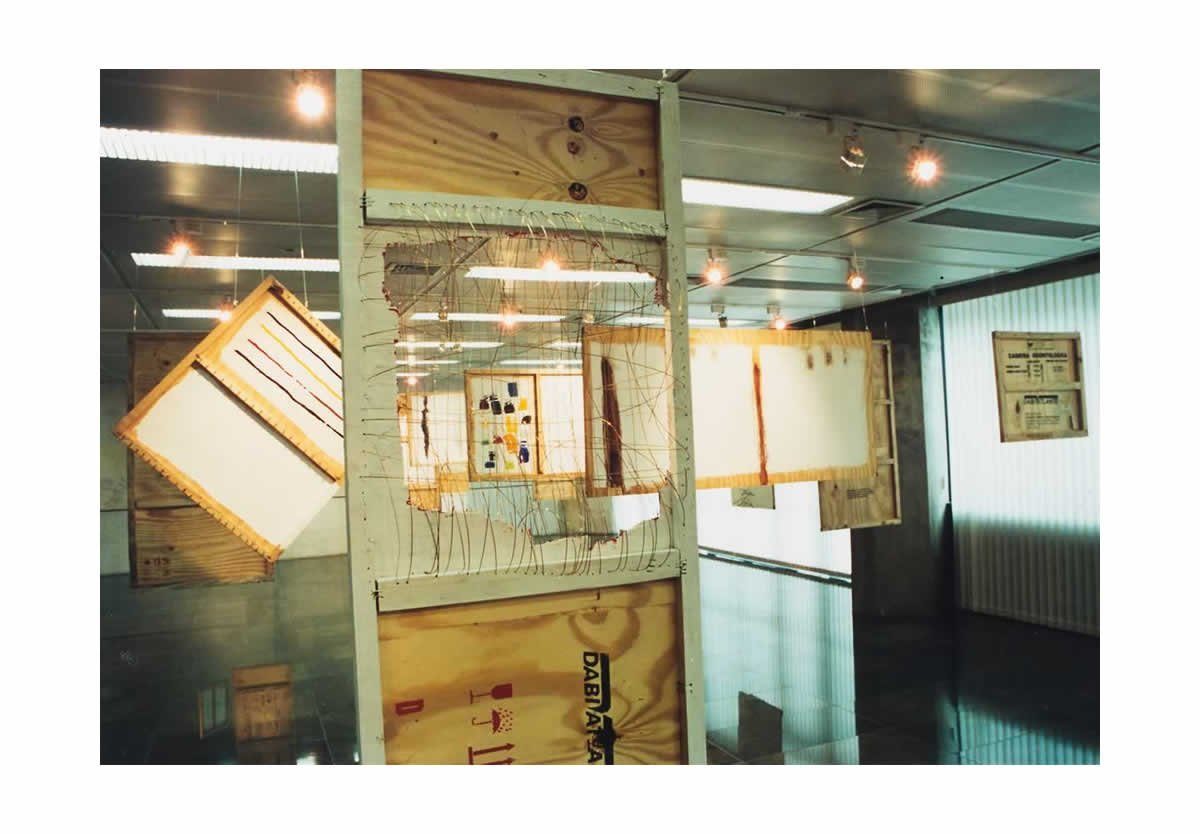 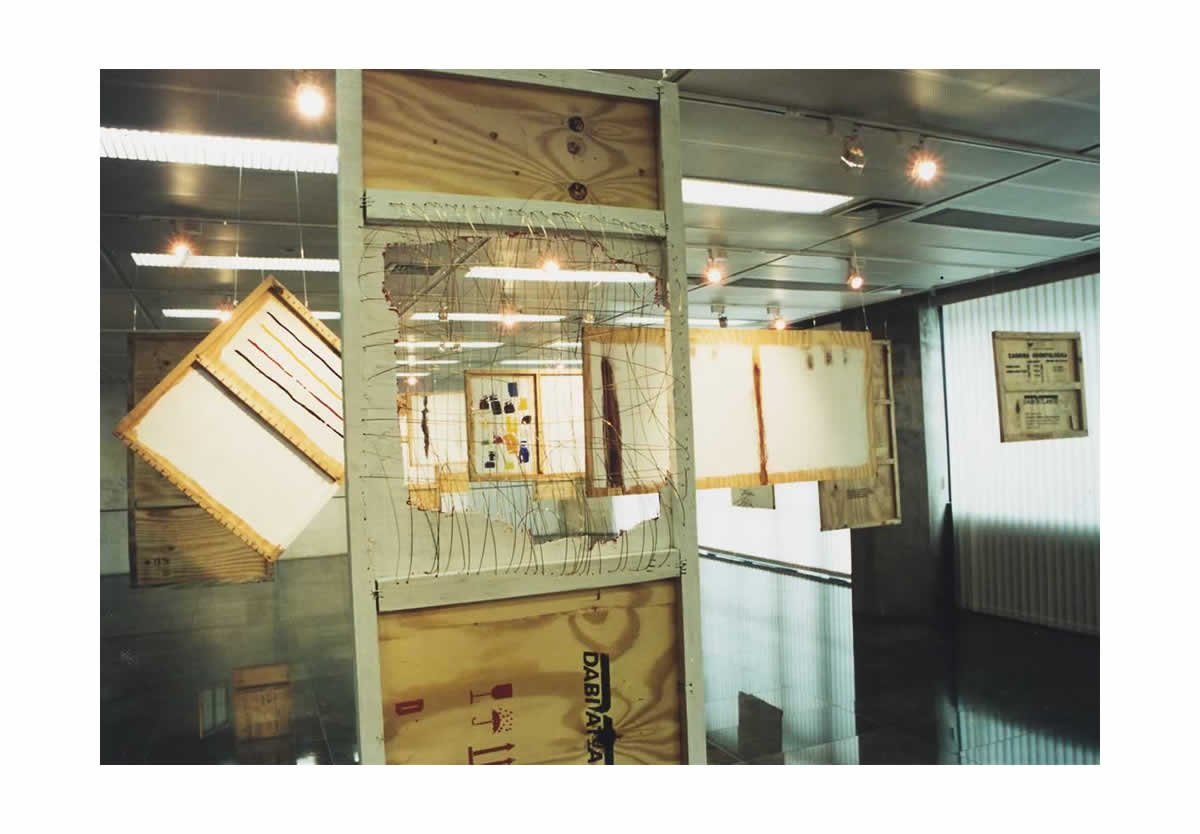 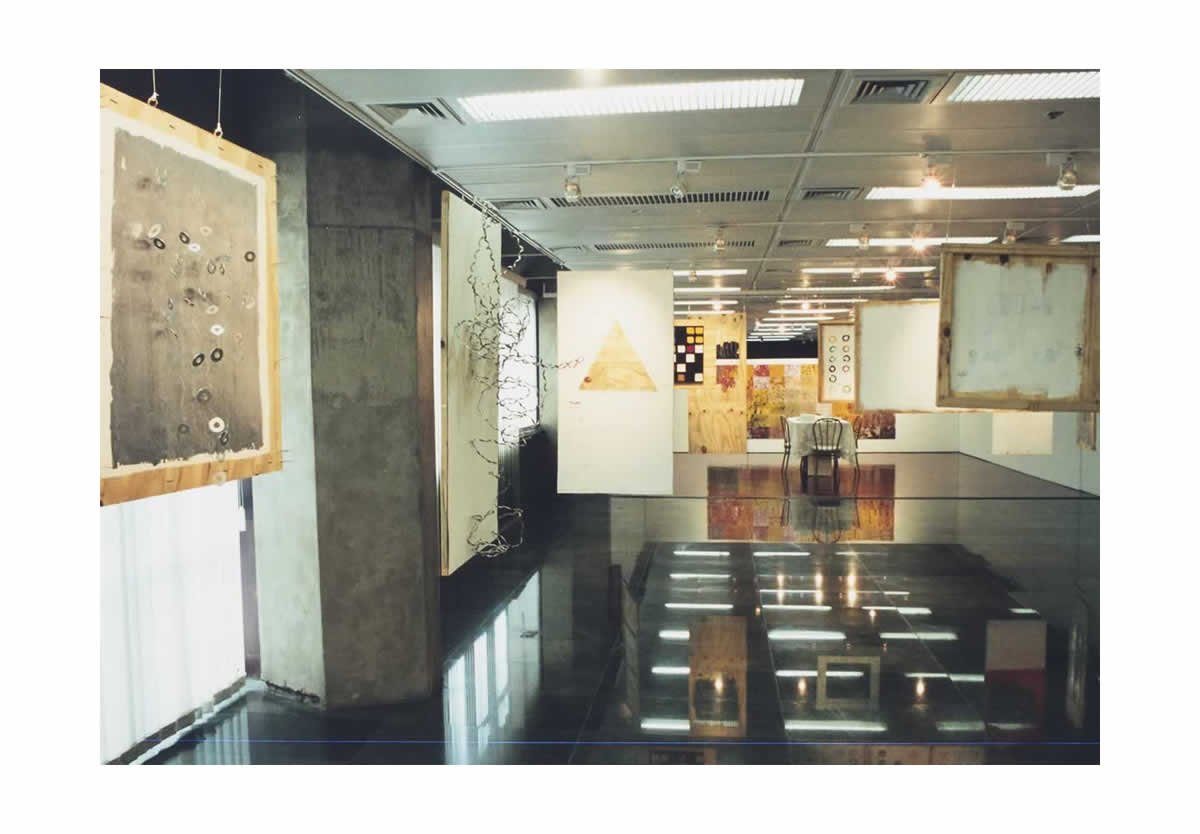 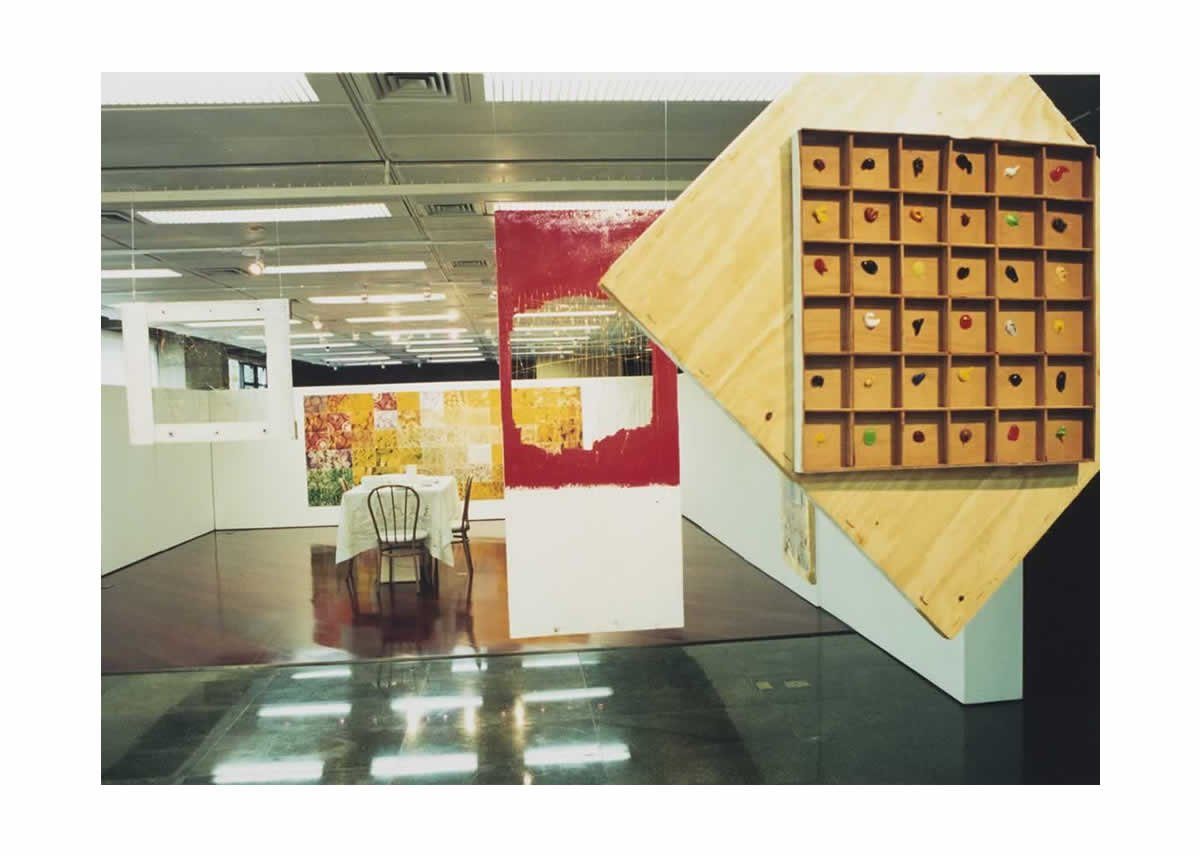 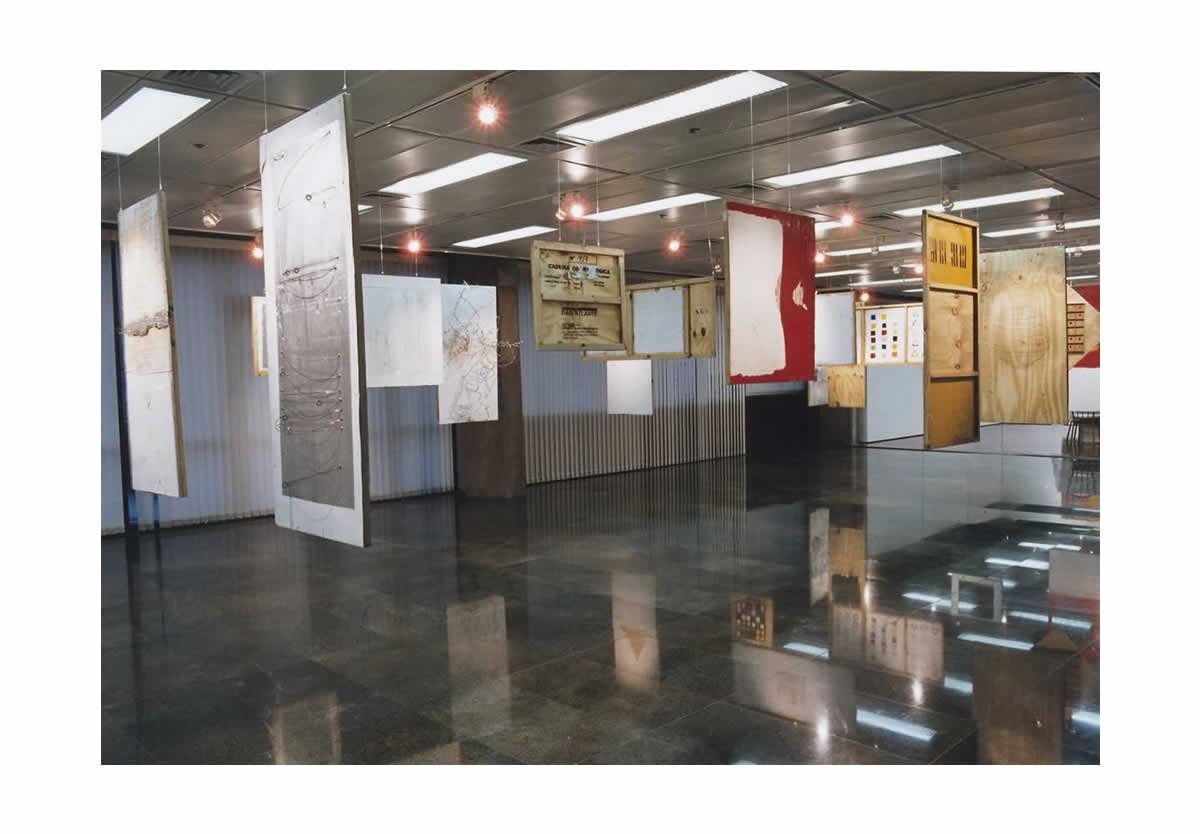 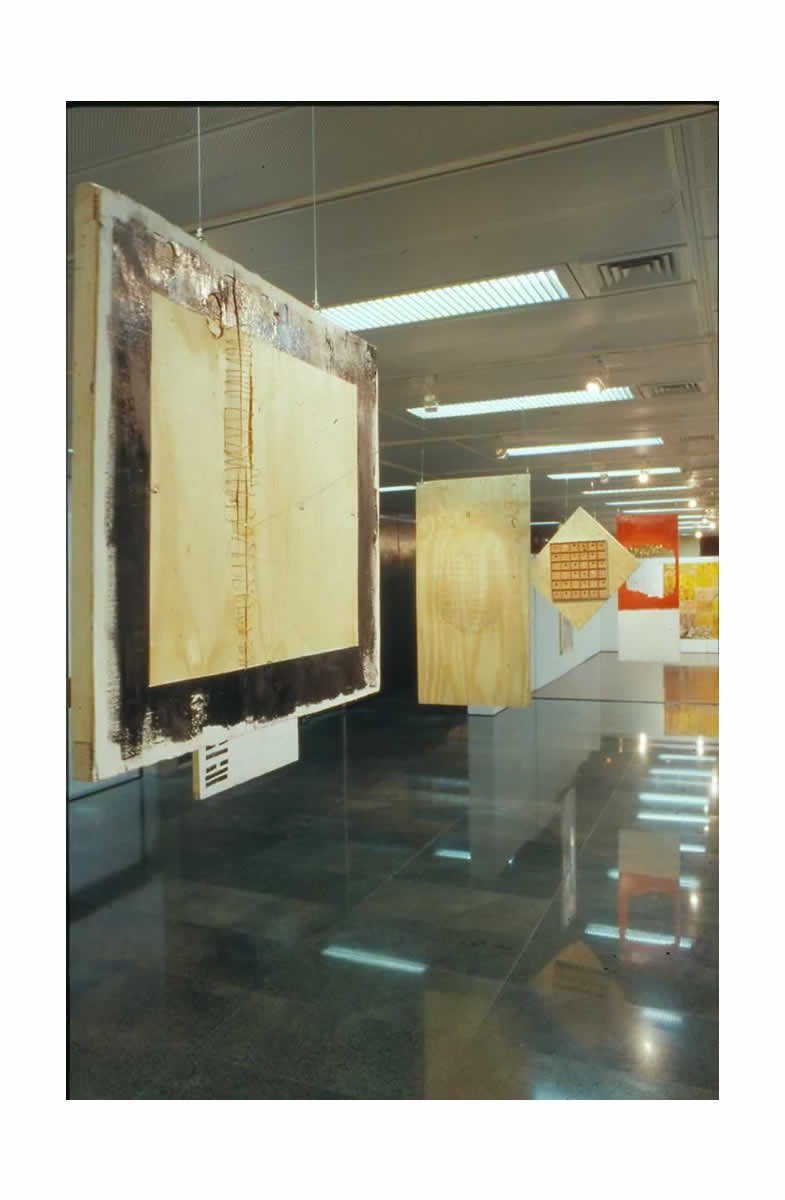 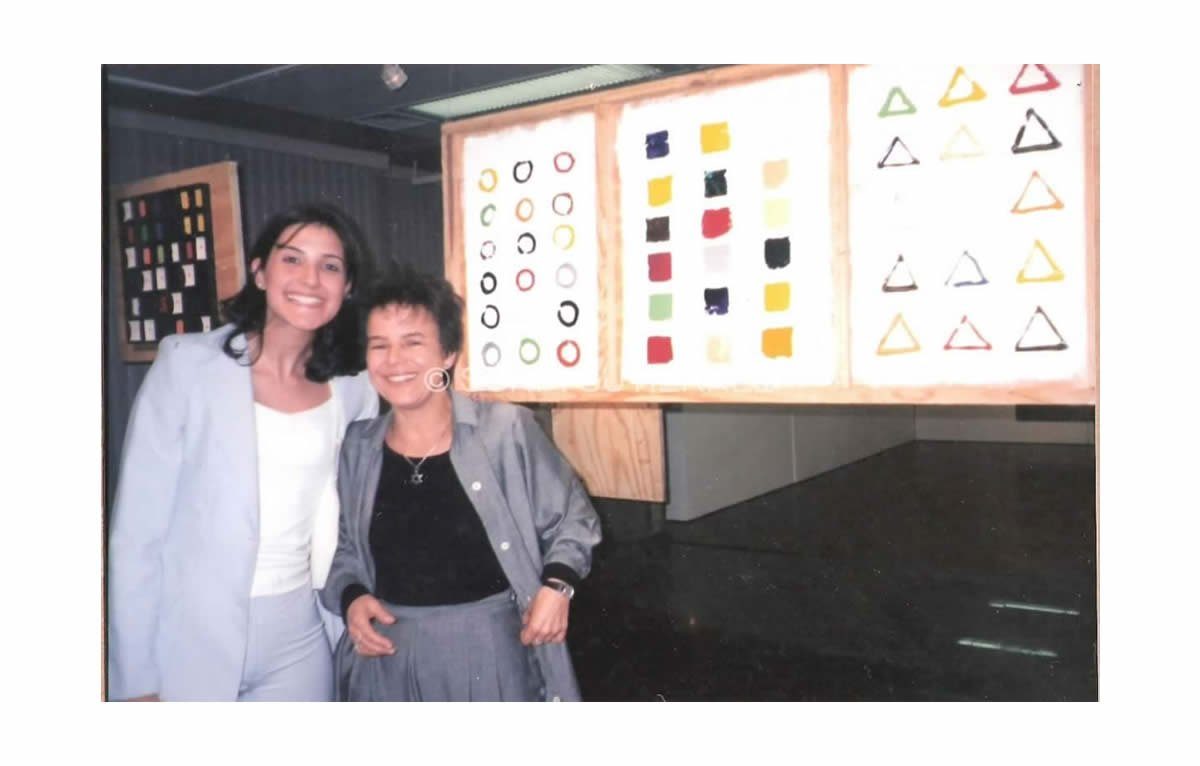 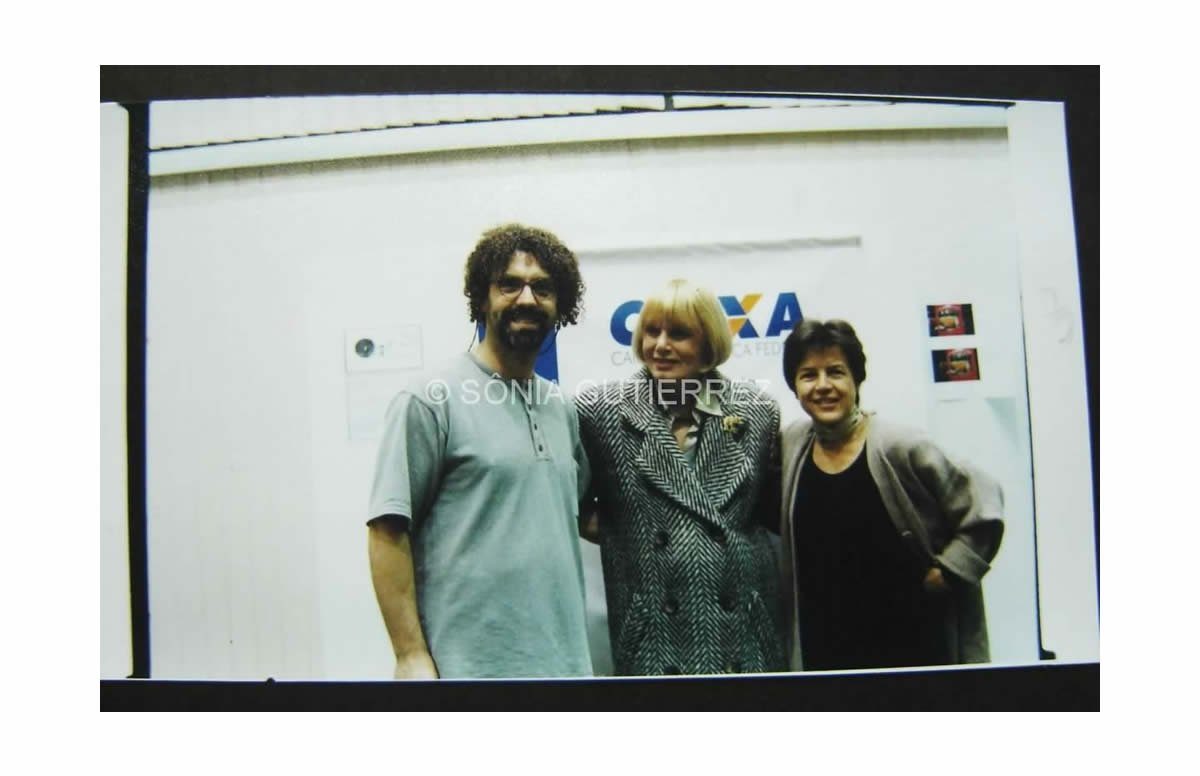